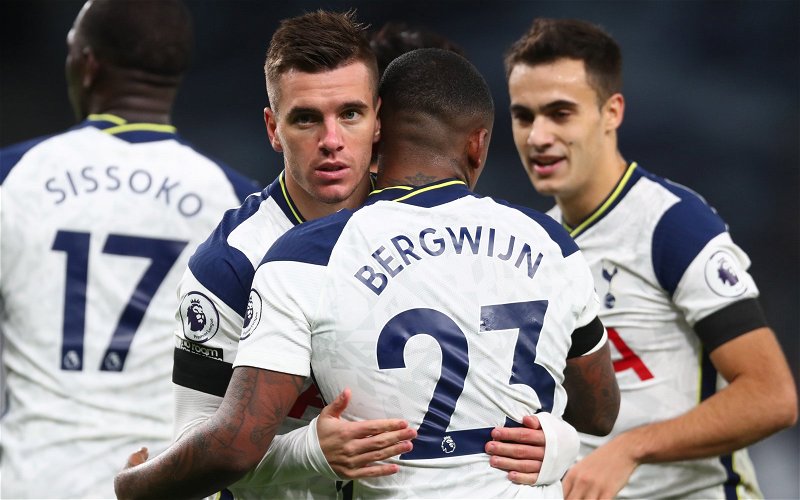 Bergwijn, who had started just four Premier League fixtures this season, prior to the Palace fixture, was given the opportunity to impress from the start for Jose Mourinho’s side in Sunday’s fixture.

However, despite the fact that took the lead through Harry Kane on the 23-minute mark, Bergwijn’s performance left a lot to be desired with Spurs fans, many of whom took to Twitter to criticise the 23-year-old’s first-half display.

Do you think Bergwijn is good enough to start for Spurs?

So, what exactly did these Tottenham Hotspur fans have to say in reaction to Steven Bergwijn’s first-half performance?

no idea why bergwijn gets in ahead of bale and lucas

Bergwijn should leave for his own good, not a RW, cant start LW ahead of Son, constantly switching between the two doesn’t help his momentum…Not taking away from his talent

Bergwijn is a false image because he has a cool celebration.

Does bergwijn actually offer anything?

Bergwijn is so poor

Bergwijn worst player on the pitch.

All in all, it would seem that the vast majority of these Spurs fans are not overly pleased with what they have seen from Bergwijn’s performance in the first half, so, hopefully for him and for the sake of the Tottenham side, the £25.2 million-rated man will step up his game in the second half.