Many Newcastle United fans have been discussing an update about Fabian Schar that recently emerged on social media.

It has recently been reported by Tuttosport (via Football Italia) that Antonio Conte’s Inter are currently monitoring several central defenders to strengthen their backline while keeping an eye on their finances. The Nerazzurri are looking at Shkodran Mustafi, Jerome Boateng, Nikola Maksimovic and Aissa Mandi. Schar is another defender that the Nerazzurri are currently monitoring.

Should Newcastle sell Schar to Inter? 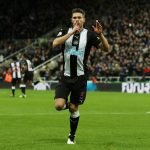 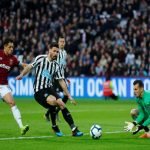 This update about Schar caught the attention of many Newcastle fans, who began discussing the transfer news.

What did Newcastle fans make of Inter’s interest in Fabian Schar?

From what I’ve seen this season I wouldn’t shed a tear.

Why would Inter Milan sign a defender that can’t defend???

Why let a class player leave for free when he could be a much better player under another manager ??

Schar had joined Newcastle from Deportivo La Coruna in the summer of 2018 for a fee of £3.60 million. He has previously plied his trade with Basel and German club Hoffenheim (as per Transfermarkt).

Since arriving at Newcastle, the Switzerland defender has made 63 appearances in all competitions, also having scored six goals (as per Transfermarkt). Some other Newcastle fans also discussed the defender’s links with a move to Inter.

Better go there than play under Bruced-ball

Not good enough for the Premier League. Best of luck to the lad

Because he’s a top class international player, who is highly rated.
He’s excellent on the ball. He could play for Man City, he has most of the attributes that Pep is looking for.
He’s not slow, but he’s not quick, thats the only thing maybe stopping him playing at highest level.

Another player that has gone backwards under Bruce, still believe the talent is there just needs a manager to unlock it

These Newcastle fans have a mixed reaction to the news. While some still rate Schar, others wouldn’t be bothered if he leaves.

Schar has picked up a rating of only 6.19 in the Premier League this season, having made seven appearances so far. This shows that the Swiss defender hasn’t had a great campaign so far and because of that, the Magpies can afford to sell him.