Supporters of Newcastle United have reacted to the latest report which has emerged regarding English midfielder Sean Longstaff.

According to a report by the Shields Gazette, the 23-year-old middleman is in talks with the Toon over a new contract at St. James’ Park.

The English midfielder currently has a market value of £15.75m and until the summer of 2022 left on his current deal with the club (per Transfermarkt).

It is claimed that a new contract for Longstaff has been on the ‘agenda’ for Newcastle since March 2019, when the player suffered a season-ending knee injury.

This report was relayed to Toon fans on Twitter by Miles Starforth and it had lots of them talking.

So, what did these Newcastle fans make of the latest report on Sean Longstaff?

Sean Longstaff is in talks with Newcastle over a new deal after changing his agent earlier this year. #nufc https://t.co/vAhweBnJ0o

Need to get it done. With the new rules coming in we can’t afford to lose British players with potential.

So far this season, Longstaff has delivered an unimpressive 6.26/10 average rating over seven Premier League appearances, making him the fourth-worst performer in the Toon’s squad (per WhoScored).

Should Sean Longstaff be given a new contract by the Toon? 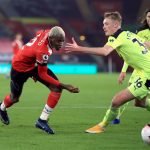 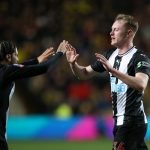 Why? So we could replace him with a sub-par free transfer?

His dip in form has partly been injury related and the dip in form of the entire squad under Bruce.

The report emerged after the Daily Mail claimed that if the player’s new agent, Pini Zahavi, could not agree a new deal at St. James’ Park for the midfielder, then he would broker him a move away.

This initial report was met by Newcastle fans with a desire to see him leave the club, which others echoed following the Shields Gazette’s report.

He needs to start performing before making demands.

Let him go…Matty is twice the player

As can be seen in these responses from Newcastle fans, there was a bit of a mixed reaction from them regarding the contract report on Sean Longstaff.