Many Newcastle United fans have been discussing a transfer update involving Marcos Rojo that recently emerged on social media.

The Athletic has recently reported that the Magpies are interested in signing Rojo on loan from Manchester United. The Argentine defender’s versatility as a player has interested Steve Bruce and while the 30-year-old’s contract at Old Trafford runs out in the summer of 2021, there is an option to extend it for another year. 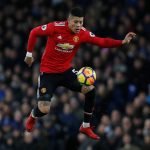 The article also talks about Sheffield United’s interest in the former Sporting Lisbon man and talks are currently being held about Rojo’s potential Man Utd departure in January.

NUFC 360 recently relayed a tweet about Newcastle’s interest in signing Rojo, but the tweet left many Toon fans fuming.

What did Newcastle fans make of the club’s interest in Marcos Rojo?

He’s rubbish joke club we are

See this is the difference with old school managers like Bruce. No statistical analysis of his abysmal PL career to date will have taken place – Bruce’s thought process “he’s a man united player so he must be good and also I will be doing them a favour helping them get rid”

Just recall lejeune? Why waste a loan on him when we need a midfielder badly

Rojo does have a minor calf injury currently but he has been training with Man Utd. Other than that, he’s also been doing extra sessions at home. His last appearance for the Man Utd first-team came 13 months ago in a game against Brighton. While he was loaned out to Argentine club Estudiantes, he sustained an injury there as well (as per the Athletic).

More recently in October, the defender played for Man Utd Under-23s against Everton but was taken off because of a knock (as per the Athletic). Some other Newcastle fans also discussed the news linking him with a move to their club.

File this under ‘never going to happen’ https://t.co/V1GskLs7Ch

While the Argentine has been described as someone who ‘spreads fear in training’ by Ole Gunnar Solskjaer, Rojo has had a very concerning injury record over the last few seasons at Man Utd and because of that, it would be best for Newcastle to not sign the 30-year-old.