Many Newcastle United fans have been discussing a news update about DeAndre Yedlin that recently emerged on social media.

Journalist Lee Ryder recently wrote an article for the Chronicle, saying that Yedlin is currently a target for Turkish side Trabzonspor, who are looking to sign him on a free transfer as the American right-back’s current contract at Newcastle runs out at the end of the current season. 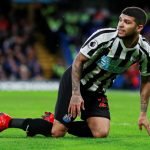 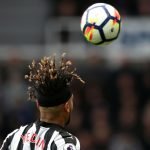 Yedlin’s potential move away from St. James’ Park could see Newcastle free up space for a loan move for another right-back. He has also been linked with German clubs and clubs in MLS.

This update about Yedlin was relayed on Twitter by the Chronicle. It caught the attention of many Newcastle fans, who began talking about the American.

What did Newcastle fans make of this update about DeAndre Yedlin?

“No, good very quick athlete but poor defender with no football brain.”

I would let him go, no longer of the required standard even for Bruceball

Get rid. Can’t cross and defensively not good enough

Since joining the Magpies, Yedlin has made 121 appearances in all competitions for the club while scoring three goals and picking up 11 assists as well (as per Transfermarkt).

Some other Newcastle fans also talked about the American’s future at St. James’ Park.

No let him go

Offer him Manquillo, krafth and Carroll to West Brom for their right back Furlong

In the current campaign, the 27-year-old has made six appearances in all competitions for the Magpies. In the Premier League, he has played only three games and two of them have been starts (as per WhoScored).
This suggests that the former Spurs man isn’t a regular under Steve Bruce and he is also the lowest-rated player in the team this season. So because of that, it would be best for Newcastle to move on from Yedlin.