Football journalist Duncan Castles has been sharing some insight into a potential January transfer move from Liverpool for Lille centre-back Sven Botman.

This comes after Castles recently co-hosted the latest episode of The Transfer Window Podcast where he discussed a number of transfer-related news stories going around at the minute.

On the topic of Liverpool and some potential defensive transfer targets they could look to sign in January, Castles had this to say on the matter. (15.45) (18.09)

He said: “Dayot Upamecano we mentioned who was a strong candidate, he’s also an expensive candidate.

“What they have now and what they’re working on according to my information is a deal for a player who’d be significantly cheaper, that’s Sven Botman who is in his first season at Lille, transferred from Ajax in the summer for an initial €8 million, has been outstanding at Lille.

“My information is that they have been calling and speaking to Botman’s agent and that Botman’s agent likes the sound of the conversations and believes there is a strong possibility that they will decide to make an offer in January for the player.”

Since arriving at Lille, Botman, who is currently valued at £9 million, has made 23 appearances for the French club in which he has already managed to grab himself an assist in one of their Europa League fixtures (per Transfermarkt).

With Liverpool currently Virgil van Dijk and Joe Gomez out with long-term injuries and with Joel Matip out for a few weeks, maybe bringing in Botman in January would be a sensible move from the Merseyside club. 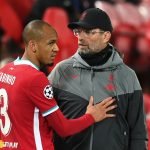 With Botman having earned himself an impressive season rating of 7.13/10 for his performances so far in Ligue 1, maybe he would bring a bit of extra quality to Liverpool’s squad.