Television pundit and former footballer Dion Dublin has brought attention to Sadio Mane’s reaction to being substituted against Crystal Palace.

During the latest round of Premier League fixtures, Jurgen Klopp’s Reds travelled to Selhurst Park and hammered the Eagles in a 7-0 victory (per BBC).

On the scoresheet, the Merseyside outfit had five different players and one of those was the Senegalese winger, who bagged Liverpool’s second goal.

Midway through the second half, though, Klopp substituted Mane as he was replaced by Egyptian forward Mohamed Salah, who went on to score twice.

During BBC Sport’s Final Score on the Red Button, Dublin discussed the Reds’ thumping of Palace and highlighted Mane’s reaction to being substituted.

He said: “Sadio Mane, when he was told to come off – Salah came on – and he [was] absolutely seething.

“He’s throwing his arms about, he’s looking back towards his teammates as if to say, ‘Why me? Why me? Why are you taking me off?’

TIF Thoughts on what Dion Dublin said about Sadio Mane…

As can be seen in what the pundit had to say, it seems that Liverpool’s attacker did not react well to being substituted against the Eagles.

Is Sadio Mane's reaction to being substituted a positive or a negative? 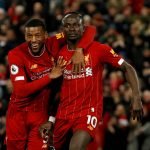 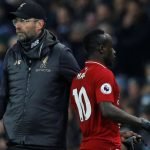 Over the duration of the Premier League season so far, the 28-year-old forward has been a key player for the Reds as he has scored five and assisted two in 13 appearances (per WhoScored).

He has also been Liverpool’s second-best performer in the top flight, trailing only Salah.

With Klopp’s frustration with the Premier League schedule well-documented (per BBC) and with Mane being a key player in the squad, it is likely that the German manager substituted the Senegalese winger in a bid to keep him rested.

However, as Dublin noted, it does go to show the hunger in Liverpool’s squad that he was frustrated to be substituted despite having already got amongst the goals.