Pundit Stephen Doyle has recently given his opinion about Leeds United’s links with a move to sign Adama Traore.

Doyle appeared on the latest episode of the OTB Football podcast and the panel discussed multiple potential transfers. One player that they focused on was Adama Traore and his future at Wolves. They talked about the winger’s links with a move to Leeds and Doyle believes that if the Whites make an offer, he sees the Wolves man taking it seriously.

90 Min have reported that Traore’s future at Wolves is currently uncertain and Leeds are one of the clubs interested in him. He is yet to extend his contract at Wolves and is considering leaving the club. Marcelo Bielsa is said to be an admirer of the 24-year-old and the player has a good relationship with Victor Orta too (as per 90 Min). 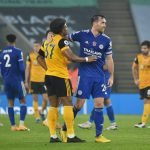 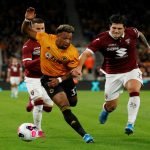 Doyle feels that Traore would fit into a Bielsa side and the player seems to be confused about his situation.

He said (10:40): “Yeah, I could definitely see it. I could see him playing in a Bielsa team. Last season, it was funny because he was getting into the team and he was almost nullifying Matt Doherty’s threat last season because he was given that kind of wide right role in the Wolves attack.”

He later said (11:43): “He strikes me as a man who’s maybe a little bit perplexed with his situation at the club in the sense that, Doherty’s gone but he’s still not the first-choice player in the team. He’s been left on the bench quite a lot. So I think if Leeds were interested, I could definitely see him fitting into a Bielsa-style team with his aggression, his strength, his pace. And I think if that offer came in, Traore himself would be definitely up for it.”

As things stand, Leeds have three out-and-out options for the right spot – Ian Poveda, Helder Costa and Raphinha. They have just one option for the left-wing spot though – Jack Harrison, who is still on loan from Manchester City.

Costa has also been linked with an Elland Road exit. So because of these factors, the Whites might need another wide player and Traore could fix that issue. If Leeds can afford the Spaniard, they should look to sign him.