One of the topics that he spent some time on was Raphinha and how he thinks the Brazilian has done since he was signed from Rennes.

The Brazilian has started the last three league games, so he is starting to get a good amount of game time. He has scored one goal, which came in the 1-0 win over Everton.

This led Hay to wax lyrical over the 23-year-old.

He said: “He’s obviously quick, and he’s obviously got a lot of flair and a lot of imagination, but I think technically he looks extremely good too, and I keep saying this – but I just think at £17m, Leeds have had a bit of a steal, there.”

Hay then went on to explain why the Whites got Raphinha for just under £17m from Rennes.

He said: “My understanding of what went on at Rennes was that he was as happy to leave as they were to sell him, and it felt like, in the end, all sides got pretty much what they wanted.

“I was asking a couple of journalists over there, ‘why have they done this deal at this price?’

“They said because, basically, if they get their money back on him, they would be happy with that, because they don’t think he’s been that outstanding.”

Do you think Leeds have got a bargain with Raphinha?

Yes, I am impressed with what I have seen

No, need to see more from him 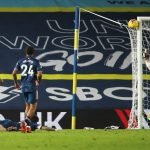 In September 2019, Rennes paid Sporting Lisbon £18.9m to take Raphinha to France, where he made 22 league appearances and was their second-highest-rated player in the league (as per WhoScored).

He also scored five goals and provided three assists, which made him their third-top goalscorer and third-top assist provider.

So, it seems odd that they apparently didn’t think he was that good for them when most of the statistics suggest that he contributed plenty.

However, given some of his most recent performances for Leeds, we feel that the Whites might have got themselves a bargain, and Rennes might well be regretting letting him go for the price they did by the end of the season.