Leeds United: Paul Merson shares his concerns regarding the Whites

Paul Merson has been discussing Leeds United on Sky Sports’ Soccer Saturday following their defeat on Friday night at the hands of West Ham United.

Despite taking the lead through Mateusz Klich, goals from Tomas Soucek and Angelo Ogbonna ensured David Moyes’ side returned to east London with all three points, securing their sixth win of the Premier League campaign so far.

On the night, Marcelo Bielsa’s Whites dominated possession, however, they still managed six fewer attempts at goal than the visitors (as per BBC Sport).

That loss was Leeds’ sixth of the season and when reviewing the game along with the rest of the panel, the former England man expressed his concerns regarding the Yorkshire-based club. Here is what he had to say:

“Everybody is getting used to playing against Leeds. They play man-to-man, you get past your marker and you’ve got a chance. If [Michail] Antonio plays yesterday, I think it would have been five or six or seven.

“I’m starting to worry for them.”

Does Paul Merson have a point regarding Leeds United's style of play? 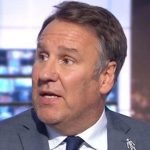 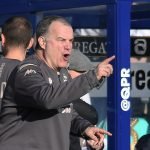 The 2019/20 Championship winners have already conceded 22 goals in the top flight this season and therefore you can understand why there appears to be some concern with regards to their style of play.

The flip-side to that is they’ve scored more goals than both West Bromwich Albion and Fulham, the other two promoted sides, as at the start of play on Saturday. In our view, it should probably be taken into consideration that although the visitors were without Michail Antonio, Leeds themselves were without both Robin Koch and Diego Llorente, the centre-back pair whom they spent a combined £29.7m on in the summer (as per Transfermarkt).

Therefore, perhaps this game shouldn’t act as a sign of what the future holds for Leeds.