Leeds United fans have been left with slightly warmer hearts after a conversation on social media between a current and former player.

Although judging by some of his previous interactions with the club, we perhaps shouldn’t be surprised that if he still feels like a Leeds United player deep down inside. We’re talking, of course, about Brentford defender Pontus Jansson.

The former Leeds United man left the club in the summer of 2019 for the capital, but he’s clearly been keeping an eye on his former side, specifically his former defensive partner Luke Ayling. He left a comment on a recent picture on the right-back’s Instagram page saying: “Understand why I had to leave when the RB is better CB than me. Haha love it bro.”

And Leeds fans seized on the little love-in between the two to talk about how classy it was that someone can still be so kind about their former teammates, with one or two saying that he should come back to Elland Road to reunite the two of them:

“He’s just so Leeds is Pontus”

@Shortieyates04
“Get Pontus back”
@samross941
“Class Pontus”
@TheCapt90267200
“Amazing timing at the January window and we are low on CB’s due to injury”
@LufcNaperville
“I’d have him back”
@bensimoncain
“Will always like Pontus me, was class for us”
@BC_LUFC

Were Leeds right to sell Jansson in the first place? 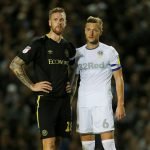 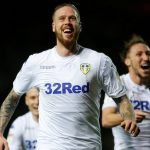 You could almost put this as a case of home being where the heart is for Jansson, who is currently valued at £4.95 million (as per Transfermarkt).