Many Leeds United fans have flocked to social media in order to respond to a Twitter post containing a clip from an interview with Danny Mills in which he discussed his former Whites teammate Olivier Dacourt.

Mills signed for the Whites in 1999 and eventually left the club permanently in the summer of 2004 when he signed for Manchester City (as per Transfermarkt), having made over 100 league appearances for the Yorkshire-based club. Dacourt, who began his career in France, swapped Lens for Elland Road in July 2000 and Mills described the former centre-midfielder as somebody who was impressive on the big stage, but whom “went missing‘ in the games against the less glamorous opposition.

How have these Leeds fans responded to Danny Mills’ comments regarding Olivier Dacourt?

Mills has a got a big mouth, thinks he talks as a Leeds legend, he really really isn’t!

Brilliant until injured away to Blackburn. Mills is an odd one for sure.

Was Danny Mills out of line to criticise Olivier Dacourt? 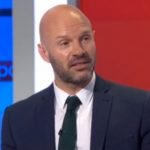 good grief, what utter tripe .. why is Mills talking such nonsense?#lufc

@dacourtolivier was one of the best midfielders I’ve seen at Leeds he new how to play and he also new how to leave one on an opponent. One of my all time favs

It’s clear from the above responses that these Leeds fans strongly disagree with what the former England defender has had to say regarding his former colleague. Dacourt went on to represent the Whites for just two and a half seasons but judging by the tone of these replies, he was a very popular player, contrary to Mills’ criticism.