The Athletic’s Everton correspondent Patrick Boyland has stated that Seamus Coleman could return for tonight’s clash with Chelsea.

During Everton’s last outing, the 1-1 draw with Burnley, the Merseyside outfit started the game with a makeshift right-sided defender as Alex Iwobi filled in at right wing-back.

That is due to the fact that club captain Coleman has been sidelined for several weeks with an injury which he picked up while on international duty with Ireland (per Everton).

In the latest episode of The Athletic’s Gwlad Tidings podcast, Boyland suggested that there is a chance that Coleman could return for the match with the Blues.

He said: “They’re also monitoring Seamus Coleman’s fitness as well. He’s been training individually, trying to step things up with a view to potentially featuring on Saturday.

“Let’s see if it’s a game too far or not. I hope he’s back, because I think obviously it’d be a big boost for Everton to have one of their two first-choice full-backs there.”

TIF Thoughts on what Patrick Boyland said about Seamus Coleman…

As can be seen in what the journalist had to say, there is seemingly a chance that the Irish defender could be reintroduced to the side for the visit of Chelsea.

Could Coleman returning be the difference between victory and defeat?

No, not that important 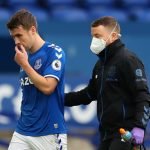 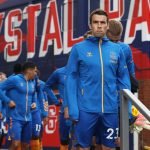 The 32-year-old right-back has missed five of the last six Everton games in the Premier League, having last featured for the Toffees in early November (per Transfermarkt).

Looking at the player’s average rating in the league, too, it is clear to see that the full-back will have been a big miss for Ancelotti.

This season, the Irishman has earned a 6.92/10 average rating over his six outings in the top flight, making him the Toffees’ fifth-best performer in the league (per WhoScored).

So, hopefully, Coleman can make a return to action against the Blues as he is evidently an important player for the Merseyside outfit.