Everton: Greg O’Keeffe tips Michael Keane to be the Toffees’ next captain 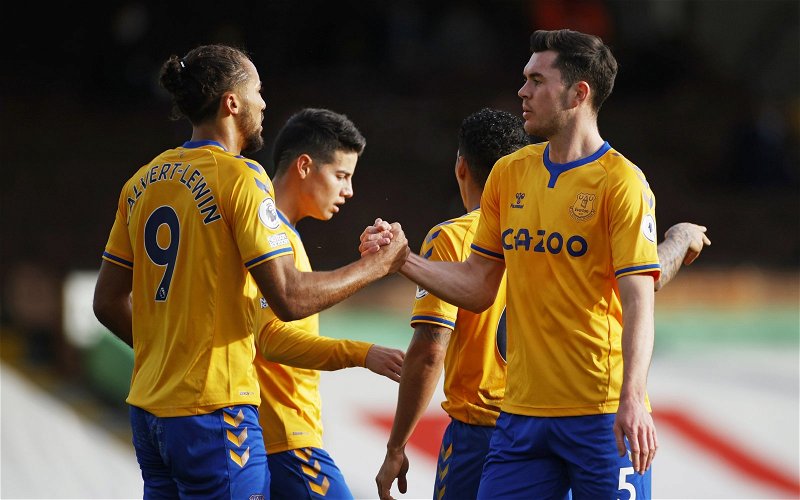 The Athletic’s Everton correspondent Greg O’Keeffe has suggested that central defender Michael Keane could be the Toffees’ next club captain.

The Englishman has been situated at Goodison Park since the summer of 2017, having made a £25.65m move from Lancashire outfit Burnley (per Transfermarkt).

Having begun his career with the Toffees in fairly solid fashion during his first season, when he delivered a 6.94/10 average rating in the league, the 2018/19 term was his best to date as he earned an impressive 7.13/10 average rating (per WhoScored).

During the latest episode of The Athletic’s Gwlad Tidings podcast, O’Keeffe heaped praise on the Englishman and suggested that he could be Everton’s next skipper.

“He’s careful with the ball and he’s accurate and he’s calm and that bleeds into everything he’s doing, for me, at the moment. He’s metronomic in the air, he wins everything.

“I struggle to remember – I mean, I’m sure there have been [examples] – but in a long time, I haven’t seen a player transform his fortunes from someone who could really have gone either way but felt like a bit of a flop for what Everton paid.

“To someone, now, that I could see, no matter what the chopping and changing is in the centre, I can see them building a team around him.

“I would be surprised if, [when] the time comes that Seamus Coleman retires, he wasn’t really in with a shout to be the next club captain, too.”

TIF Thoughts on what Greg O’Keeffe said about Michael Keane…

As can be seen in what the journalist had to say, he believes that Keane has turned his Everton career around from being close to being considered a “flop”.

The journalist also felt that the Englishman will be in with a shout of being the Toffees’ next club captain when Coleman hangs up his boots.

Would you like to see Michael Keane made captain when Seamus Coleman retires?

Certainly, so far this term, Keane has been a solid performer in Carlo Ancelotti’s side and not far off the level which Coleman has been playing at (per WhoScored).

Over 13 outings in the top flight, the 27-year-old centre-back has earned a solid 6.87/10 average rating, making him the Toffees’ joint-seventh-best performer.

With that rating, he is only narrowly trailing Coleman, who has a 6.92/10 average rating in the league and been Everton’s sixth-best player, according to WhoScored.

So, if Keane can keep his current level of performances up, then perhaps O’Keeffe is correct to suggest that he could be in line to be Everton’s heir for the armband.