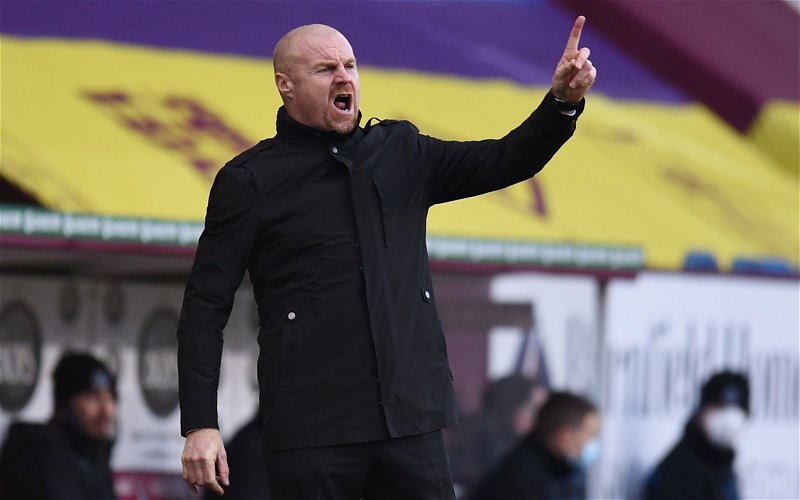 Football finance expert Kieran Maguire has been discussing Burnley manager Sean Dyche and his role in regards to the proposed takeover of the club.

This comes after Maguire recently co-hosted the latest episode of The Price of Football where he discussed a range of subjects surrounding the financial side of the game.

On the topic of the proposed takeover, Maguire was asked if the takeover will have any impact on Dyche’s position at the club.

In response, Maguire had this to say on the matter.

He said: “Sean Dyche is Burnley. He understands the club, he has recruited a team, I wouldn’t say in his likeness, but a team which is very much as you would expect a Sean Dyche team to be: hard-working, very well-drilled and things of this nature.

“To rip all that up in January when he only got four months of the season, you’d have to go and change an awful lot of personnel as well as Sean Dyche, so my understanding [is] he is in fact central to the takeover because he’s held in such high regard, and rightly so.”

Dyche was appointed as Burnley’s manager back in October 2012. Since then and prior to their midweek clash against Aston Villa, the 49-year-old has gone on to take charge of 361 games with the club in which they have managed to win 136, draw 96 and lose 129 along the way.

Do you think Burnley will avoid relegation this season?

Given how Dyche has been at the club for so long and managed to keep Burnley in the Premier League every season since the 2016/17 campaign, it would make sense that the prospective new owners would look to keep him at the club.

However, any new owners of the club will surely be hoping the team can pick up some more positive results throughout the remainder of the season so they aren’t in charge of a Championship club by this time next year – so whether they believe removing Dyche will avoid that scenario remains to be seen.