Fans of Tottenham Hotspur have been reacting to a post on Twitter, which relayed a report that claimed Spurs are monitoring the situation of Brighton & Hove Albion defender Ben White.

According to Sky Sports, Tottenham, Manchester United and Chelsea are all keeping a close eye on the £13.5 million-rated centre-back, who only signed a new four-year deal with Brighton earlier this year.

So, what did these Tottenham Hotspur fans have to say in reaction to their club’s reported interest in Ben White?

this guy is absolutely immense, would honestly prefer him to skriniar

With the number of top clubs after him, Brighton can set any price they want. I don’t think it’ll be less than £50m. But he’s totally worth it. https://t.co/W9uhqIBU1J

Following a highly impressive season-long loan at Leeds United last season – so impressive that Marcelo Bielsa’s side bid £25 million for the centre-back over the summer transfer window – White has so far continued his fine form for Brighton this term. 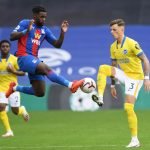 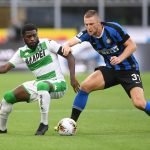 According to WhoScored’s data, over his 10 Premier League appearances this season, the 23-year-old has made an average of 2.3 tackles, 2.1 interceptions and 1.5 clearances per game, as well as making an average of 52.8 passes per match, all of which culminates in handing White an average WhoScored match rating of 6.75/10 – ranking him as Brighton’s fifth-best player in the top flight.

I would swap Sanchez, Davies, Winks and Dele for him

All in all, it would appear that vast majority of these Tottenham fans are delighted with the club being linked to White, with some claiming they would be prepared for Spurs to swap as many as four players for the defender, while others have stated that they would prefer to see the Brighton player move to north London ahead of another of the club’s reported defensive targets in Inter’s Milan Skriniar.