This comes after Dunworth recently made an appearance on The Villa View Podcast where he reflected on the Birmingham club’s recent 1-1 draw against Chelsea at Stamford Bridge.

On the topic of Grealish and his performance against Frank Lampard’s side, Dunworth had this to say on the Englishman.

He said: “I think I saw, probably for the first time in 12 or 18 months, I think I saw Jack a bit tired [against Chelsea], but not lacking in effort, obviously, because once again, he was everywhere, he’s pulling the strings.

“It’s no shame in saying that somebody is tired after playing two games in 48 hours essentially, and basically playing more or less every minute that Villa have played in 2020.

As a product of Villa’s youth academy, Grealish made his senior debut for the club back in 2014 under former Villa manager Paul Lambert.

Overall, the 25-year-old, who is currently valued at £45 million, has made 201 appearances for Villa in which he has managed to score 31 goals and provide 39 assists along the way (per Transfermarkt).

Given how Grealish has played 90 minutes in every single one of Villa’s Premier League games so far this season, it’s understandable why Dunworth may think the attacker looked a bit tired against Chelsea.

Do you think Grealish needs a rest? 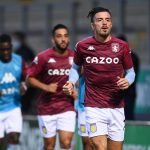 However, in our view, with the Englishman earning himself a very impressive season rating of 7.92/10 for his performances, it would seem unlikely that he would get dropped from the team anytime soon.