David Ornstein has been discussing Arsenal’s recent North London derby defeat during a recent YouTube video in which he focussed solely on the Gunners.

Mikel Arteta’s side were beaten 2-0 on Sunday and Thomas Partey, who was returning to the side having missed the games against Leeds United and Wolves had to be substituted at half-time following a recurrence of his thigh problem.

The Ghanaian joined the Gunners from Atletico Madrid on transfer deadline day for a reported £45m (as per Transfermarkt) but so far, has appeared just six times for Mikel Arteta’s side.

Speaking during the video, The Athletic’s Ornstein shared his view on the “risk” Arsenal took by throwing the 27-year-old into the derby, here is what he had to say:

“One other thing was that Thomas Partey, in my opinion, should not have been involved. It’s easy to say after the event, and we’re not privy to the data, but it felt like a risk that wasn’t worth taking, and I fear that Arsenal could pay a bigger price by losing him for longer now.”

Did Mikel Arteta take an unnecessary risk with Thomas Partey? 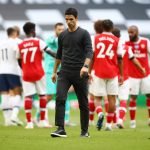 In our view, the journalist could have a point with regards to Arsenal having taken a risk too soon on the fitness of the midfielder. At present, it is not known exactly how long the player will now be sidelined for but given the level of investment it took to bring him to the Emirates, we can assume the Gunners will be desperate to get him back into the side as soon as possible.

The Gunners face a trip to Everton and the visit of Chelsea in the Premier League later this month and they could be forced to play those fixtures without their £45m-rated star midfielder.