Sheffield Wednesday journalist Nancy Frostick has been discussing the latest news surrounding a potential replacement for Tony Pulis at the Championship club.

This comes after Frostick recently made an appearance on The Totally Football League Show where she spoke about a range of topics concerning the Owls.

After Pulis was sacked by the club after taking charge of just 10 games since being appointed as Gary Monk’s replacement back in November.

During the podcast, Frostick was asked what the latest news was surrounding a possible replacement for Pulis after the likes of Gus Poyet and Thorsten Fink were recently linked with the job.

In response, Frostick had this to say on the situation. (9.18)

She said: “From what I’ve heard [Thorsten] Fink is interested and I don’t believe that Gus Poyet is so I guess it’s kind of still quite fluid at the moment.

“I think there’s a shortlist being drawn up and being discussed by the chairman but there’s certainly a lot of different options out there between people that were linked just over a month ago, and some slightly newer, more interesting names from ex-European clubs or further afield, which could be a slightly different road for Wednesday to go down because they’ve gone for established Championship managers for the last couple of managers now, so it would change things up again if they did decide to do that.”

Who would you rather see replace Tony Pulis? 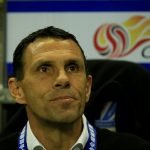 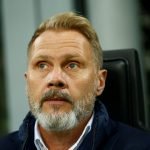 During Pulis’ short-lived reign at Hillsborough, the club won one game, drew four and lost five, ultimately leading to his exit, making it his shortest stint at a club throughout his managerial career (per Transfermarkt).

With Pulis reportedly having rows over the club’s plans for the January transfer window which apparently led to his sacking, this would be something that any new manager the club hires in the coming weeks will have to take into account.

In our view, with Wednesday sat in the relegation zone of the Championship table on 16 points after 22 games played, they will need to look to January to try and find some answers to help fix their poor form this season, whether they have a manager hired or not.