Football finance expert Kieran Maguire has been sharing some details on Sheffield Wednesday and the reports claiming their players have had their wages paid in full.

This comes after Maguire recently co-hosted the latest episode of The Price of Football Podcast where he talked about the biggest news stories concerning the financial side of football.

After it was reported by The Star that some Owls players were not paid their full wages in previous months, Maguire had this to say on the situation.

He said: “There are stories that in November 2019 and June 2020, players didn’t get their wages on time. The latest story is that some of the players are only getting the first £7,000 a month, and they’re getting the balance later.

“Now I did some digging into Sheffield Wednesday’s figures, they’re not up to date, because Sheffield Wednesday haven’t published their accounts for the last two years, but on average, players are on around about £70,000 to £75,000 a month so they’re only getting 10% and then the story appears to indicate that they were getting it a few weeks later from another source, so it all seems very, very strange.”

Do you think the club will be punished for not paying the wages in full? 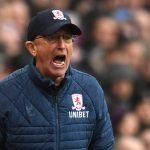 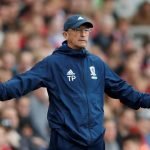 According to The Athletic, the PFA have “been called in to offer advice to players amid reports that a senior club figure spoke with players on the matter earlier this week to reassure them that the rest of their wages would be paid as soon as possible.”

Not giving players their full wages when they are expecting them to be paid is not good for any football club so this is an issue that they will need to work out as soon as possible.

Given how Wednesday currently sit in 24th place in the Championship table with just nine points after 19 games and without a win since early November, this wage issue is not the only problem the club are facing at this moment in time.

With The Athletic also reporting that if the EFL were to be notified about this wage issue, they would be able to impose a transfer embargo on the club for failing to make payments to their players, this could also be another issue on the horizon for the club.