Exclusive: Mark Halsey claims Derby County should have had a ‘clear penalty’

Former Premier League referee Mark Halsey has claimed that Derby County were not awarded a “clear penalty” against Stoke City.

During the latest round of Championship fixtures, the Rams hosted the Potters at Pride Park (per Sky Sports).

In the second half of the clash, Wayne Rooney’s side thought they should have had a penalty when Lee Buchanan went over in the box.

However, the referee, Andy Woolmer, ‘baffled everyone‘ when he instead awarded a drop ball to the visitors.

Speaking exclusively to This is Futbol, Halsey said: “I thought it was a clear penalty as soon as I saw it.

“He’s bundled him over – it’s a clear penalty. So, only Andy Woolmer can explain to us why he’s changed his mind.

“I think Wayne’s got every reason to be unhappy, because you don’t hear the whistle blown, do you? He must have because the game’s stopped.

“I think, had he blown his whistle and given the penalty, I don’t think anybody would have complained.”

Should Derby have been awarded a penalty?

No, it wasn't a foul 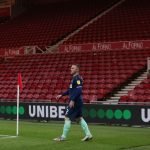 Yes, it was a clear penalty 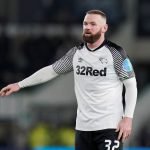 Without the chance to score from a spot-kick, the Rams were unable to make a breakthrough during the remainder of the game and the match finished in a 0-0 draw.

The stalemate means that Derby are unbeaten in five Championship matches, however, they have won just one of those games and drawn the other four (per Transfermarkt).

Furthermore, Rooney’s side has only been able to find the back of the net on three occasions over that five-match period.

Had Derby been awarded the penalty and then converted it, the three points for the Rams would have seen them escape the Championship’s relegation zone.

However, having picked up just one point, Rooney’s side remain in the bottom three, trailing bitter rivals Nottingham Forest on goal difference.