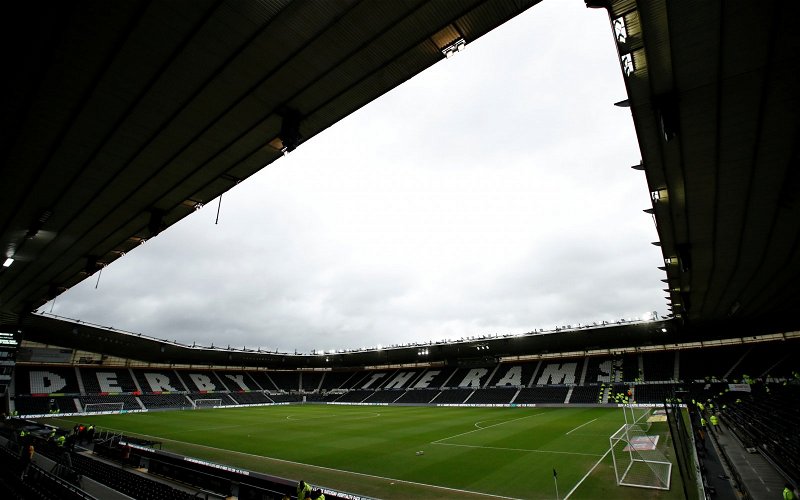 Derby County journalist Ryan Conway has been discussing the reported takeover of the Championship club.

This comes after Conway recently uploaded a video on his YouTube channel where he spoke about a number of topics surrounding the Rams.

After it was reported last month that the EFL had approved a takeover for Derby from Sheikh Khaled, the cousin of Manchester City owner Sheikh Khaled, Conway had this to say on the current situation surrounding the takeover.

He said: “My understanding is that Mel Morris is going to stay on at the club as a consultant, but he will have no actual power anymore. In terms of the takeover, it’s difficult.

“No one wanted to talk this week and it’s suspiciously quiet.”

According to an article from The Telegraph, Khaled is a ‘senior member of the Abu Dhabi Royal Family’ and was ‘recently involved in high-profile bids to buy Liverpool and Newcastle, which both fell through’.

Are you concerned that the takeover has not been completed yet?

While it could be seen as suspicious that there has been no significant update concerning the takeover, this could in fact be seen as a positive in our view, and that things are indeed going on behind the scenes to get the takeover completed.

It just seems now that the Derby fans will have to be patient for the time being in regards to this takeover.

However, it would be important for this takeover to not become a distraction from what is currently happening on the pitch for the club so that Wayne Rooney and his interim coaching team can fully focus on getting positive results, with the Rams currently sat in the relegation zone of the Championship table.