Celtic pundit Lawrence Connolly has recently made a claim about the possibility of replacing Scott Brown with Nir Bitton.

Connolly was a guest on the latest episode of the ‘A Celtic State of Mind’ podcast and the panel discussed multiple issues involving the Bhoys following their 4-1 win over Motherwell. Connolly talked about how he wants the Celtic first team to look like and he wants Bitton to replace Brown in midfield. He feels that this move would allow Celtic to change formations quicker.

Brown is currently 35 but despite that, he has played in every single game for Celtic in all competitions this season. Bitton, on the other hand, has played only four games in the Premiership and played the full 90 minutes of the recent game against Motherwell (as per Transfermarkt).

Do you think Bitton can replace Scott Brown in the midfield? 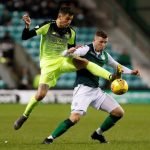 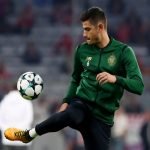 Connolly believes that Bitton would be a ‘natural’ option for the midfield position as he can even play as a defender and this would allow Celtic to switch to a three-at-the-back formation.

He said: “I’d drop Scott Brown for Bitton. Bitton can drop back and make a three at the back that will allow you to play [Jeremie] Frimpong and Diego [Laxalt] and push forward. It allows you to change your formation quicker because I think Brown’s not got the pace that he’s dropping back and making that third man.

“Bitton, having played centre-half and defensive-mid, he’s a more natural guy to drop back, make the three at the back, allow the two full-backs to push on. Whether the two full-backs are Diego and [Hatem Abd] Elhamed or Diego and Frimpong, at least it gives us a flexibility to do that.”

TIF Thoughts on Connolly’s comments regarding Bitton and Brown…

During his time at Celtic so far, Bitton has played in the midfield quite a few times. In fact, he’s played more in the midfield than he has in the defence (as per Transfermarkt).

He has picked up a rating of 7.18 in the Premiership this season and because of that, he’s been the club’s sixth-best performer in the league. That might be a reflection of the fact that Bitton is a reliable player.

Celtic had used the 3-5-2 shape many times in the second half of the 2019/20 campaign and they didn’t lose a single league game during that time. So if Bitton can help Celtic switch to that system regularly because of his ability to play in the defence, it might prove to be a good move for the Bhoys.