Watford striker Troy Deeney has tipped Juventus attacker Cristiano Ronaldo for a move to Wolves in the future.

This comes after Deeney recently made an appearance on TalkSPORT earlier in the week where he spoke about a number of different subjects concerning the world of football.

One topic of discussion was Ronaldo’s future after it was reported, as per Spanish outlet Sport, that he could leave Juventus in the next summer transfer window.

Whilst discussing where the Portuguese striker could move to next, Deeney had this to say on the matter.

He said: “I would more look at a club like Wolves with the Portugal connection, that would probably work. I think whoever’s getting him is still getting an unbelievable talent.

“Obviously from a marketing perspective, he adds so much value to whatever club he goes to because the shirt sales are going to go through the roof.

“If he is available, I would be very surprised if there wasn’t [any club in] the top 10 trying to sign him in the Premier League.”

The 35-year-old, who is currently valued at £54 million, has scored 644 goals and provided 223 assists throughout his club career in which he has won a plethora of team titles and individual awards along the way.

During his time with Manchester United, Ronaldo managed to score 84 goals and provide 45 assists in the Premier League. 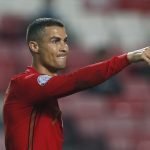 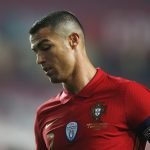 Looking at his incredible goalscoring record, the number of titles he’s won in his career and the Premier League experience he has under his belt, it comes as no surprise that Deeney thinks any club in the top half of the league would be interested in signing Ronaldo if he were available in the summer.

Also, Ronaldo is a client of player agency Gestifute, which also has Wolves players such as Ruben Neves, Nelson Semedo, Pedro Neto, Daniel Podence and Rui Patricio among its clients. This makes it clear why Deeney thinks the Portuguese connection between Ronaldo and the Old Gold could work in the club’s favour if they were to make a move for the five-time Ballon d’Or winner.

In our view, Ronaldo, whose record speaks for itself, would be an excellent purchase for any club he moves to if he does indeed leave Juventus in the summer.