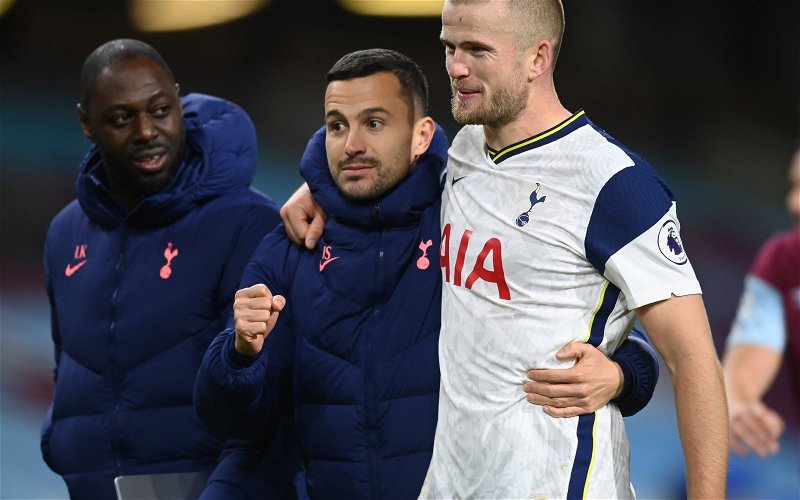 Spurs fans have taken to Twitter to slate the performance of Eric Dier in the Europa League win against Ludogorets.

Despite the Englishman playing the full 90 minutes in the 3-1 win in Bulgaria, helping his side secure all three points, it seems as if a lot of Spurs fans were less than impressed with his display. Since joining from Sporting Lisbon in 2014, the 26-year-old has gone on to make nearly 250 appearances for the Lilywhites, contributing 11 goals and 11 assists (per Transfermarkt).

The centre-back has been a regular in Jose Mourinho’s side so far this season, having appeared in six of their seven Premier League fixtures, in which he has averaged a solid, if unspectacular, 6.61/10 rating (per WhoScored). However, judging by these tweets from Lilywhites supporters, plenty would be more than happy to see him dropped for Spurs’ next fixture against West Brom on Sunday.

Was Dier poor against Ludogorets?

So, what did these Spurs fans make of Eric Dier’s performance in the win against Ludogorets?

Not convinced Dier is the player mourinho seems convinced he is. #THFC

I can tell you who looks the worst so far Eric Dier why is he still in the squad,

iwl , get eric dier out of my club

Eric Dier is as bad as Sissoko. Not good enough for our club

Dier & Ben Davies both have to go in January. No doubt about it

It seems clear that these Spurs fans were not impressed with Dier’s performance in Bulgaria, with several suggesting that the £19.8m-rated Englishman isn’t good enough for the club.