Many Newcastle United supporters have flocked to social media in order to react to a Twitter post from @NUFC360 in which they shared the news that Derby County have appointed the former Magpies boss Steve McClaren as their new technical director.

McClaren managed the Toon between June 2015 and March 2016, taking charge of 31 matches, winning seven, drawing six and losing 18 (as per Transfermarkt). At the time of the 59-year-old’s sacking, the former England boss had won six of his 28 Premier League games as boss with the club sitting in 19th position (as per BBC Sport).

The former Middlesbrough boss is set to be appointed by Derby County’s new prospective owner Sheikh Khaled bin Zayed Al Nehayan in an advisory role (as per the Daily Mail).

What have the Newcastle fans made of Steve McClaren’s new role?

First Pardew and now McClown ? Anyone want Steve Bruce as their DoF?!

How long before he appoints himself as their new manager ???

We all know that Mclaren was absolutely horrendous manager at #nufc however as a man behind the scene his coaching has always been highly praised by players and managers. Just thankful he hasn’t came back in that role at NuFC. ? he will do well within that at Derby

To be fair hes highly thought of in many areas. Terrible manager but his coaching etc is supposed to be top notch so he may do well in this role

Were you surprised to learn Steve McClaren has been appointed as an advisor at Derby County? 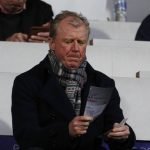 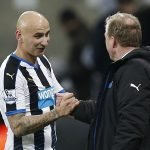 Jaysus and they sacked him twice as manager!!

Dodged a bullet there if that’s their standard

It’s clear from the above responses that many of these supporters were shocked to learn that Steve McClaren will return to Pride Park for the fourth time. Sheikh Khaled bin Zayed Al Nehayan was previously linked a takeover of Newcastle United and according to reports, he also failed in a bid to acquire Liverpool and is a cousin of the Manchester City owner Sheikh Mansour.

Some of these fans joked about the decision of Derby’s prospective owners to appoint McClaren, suggesting their club had dodged a bullet given the Abu Dhabi royal was interested in their club not so long ago.