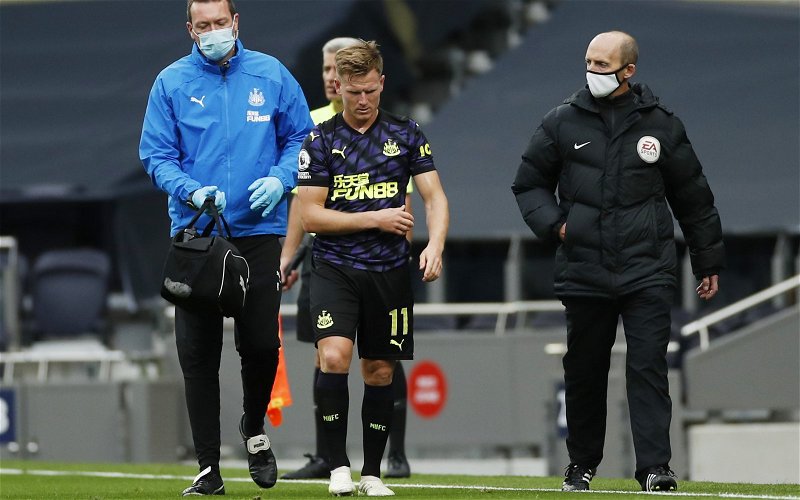 A lot of Newcastle United fans have flocked to a post from their club, which contains two images of Matt Ritchie back in training and a hint that the Scotsman could be ‘back soon’.

Ritchie has not played for the Toon since their 1-1 draw with Tottenham Hotspur in late September when he was taken off with a shoulder injury and was expected to be out for a long time, but it looks like he is nearing a return to action, judging from the club’s post.

This drew the attention of these Newcastle fans, some of whom were not that happy to see the 31-year-old back.

So, what did these Toon fans think of this tweet on Ritchie?

Are you pleased to see Ritchie back in training?

Yes, he is an important player 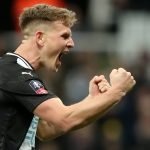 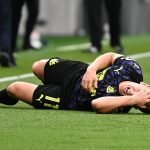 Ritchie has been with the Toon since the summer of 2016, where he has made 151 appearances, scored 24 goals and provided 28 assists.

This post continued to draw in Toon fans who are pleased to have Ritchie back.

Just in time for the manic Christmas schedule ??

He’s never put a foot wrong & stayed loyal to the club, not the most technical player but has had some important goals the last couple years ??

£100 to anyone who can name one of our players our fans haven’t abused this season… ?? #nufc

Exactly who we need back right now, proper attitude.

It seems like the reaction to Ritchie’s return is mixed amongst the Toon’s fanbase, and though some don’t think his return is such a big boost, we don’t think any of them can question Ritchie’s desire to ‘give everything’ for the club.

It will be interesting to see if he is fit for the Toon’s next match against Chelsea and if he will be risked in that game in nine days’ time.