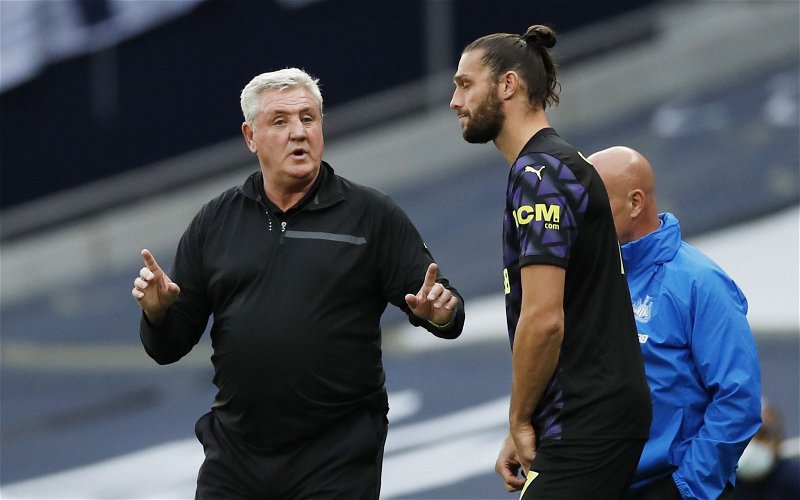 The Athletic’s Newcastle United correspondent Chris Waugh has recently made a claim regarding the Toon hierarchy’s thoughts on Steve Bruce.

Since the summer of 2019, Bruce has been situated at St. James’ Park after he was appointed by the club following a stint with Championship side Sheffield Wednesday (per BBC).

Over the 56 Newcastle matches which he has been in charge of to date, the 59-year-old Englishman has picked up a 1.34 points-per-match average (per Transfermarkt).

Regarding Bruce, many supporters have aired their ‘reservations’ about him, however, fans’ thoughts are still a ‘mixed bag’ (per Chronicle Live).

During the latest episode of The Athletic’s Pod On The Tyne podcast, Waugh revealed how he believed the Newcastle hierarchy feel about the club’s manager.

He said: “My understanding of the situation is that they are more than happy with Steve Bruce and the job that’s being done.

“I know they’re 13th, but they’re not really in too much immediate danger of going into the bottom three. Obviously, there’s a lot of games to come in a short space of time, so they could get dragged in there – but I don’t see any sort of imminent threat to his job.

“In terms of the style of play, that’s a slightly different question. As I say, I haven’t spoken to them specifically to ask that, and this is supposition on my part, but I don’t know if they care that much.”

As can be seen in what the journalist had to say, he believes that Bruce’s position with the Toon is relatively safe at this point in time as Newcastle do not look in danger of relegation.

Are your thoughts on Steve Bruce positive or negative?

With the North-East club currently in 13th position in the Premier League and eight points above the relegation zone, perhaps it is no surprise that Bruce’s job is thought to be safe.

However, it is arguably also difficult to claim the Englishman is doing a good job at St. James’ Park, as he has spent over £100m on players as Newcastle boss and still has a fairly poor points-per-game total when looking back at the previous managerial roles during his career (per Transfermarkt).