Simon Hughes has been speaking on the latest edition of The Athletic’s The Red Agenda podcast about all things relating to Liverpool.

One of the topics that Hughes spent some time on was transfers, and one name that came up in this discussion was Dayot Upamecano.

The Frenchman has been linked with a move to Anfield, and Hughes discussed the possibility of Upamecano moving to Anfield in January after both Joe Gomez and Virgil van Dijk suffered potential long-term injuries.

According to Hughes, the Reds like Upamecano and believe that they can get him for a decent fee next summer, but unless they can do so in January, it is unlikely the Reds will be signing anyone else that would deviate from their summer plans.

He said: “Upamecano at [RB] Leipzig is definitely on Liverpool’s radar.

“His contract situation, so I’m told, would allow Liverpool to get him for a decent price next summer.

“Liverpool have proven in the past that they’re not a club that goes and changes its plans to fill short-term problems.

“If they’ve already made a decision on what they are going to do next summer, I think the only way that they will go and sign somebody in January is if they can bring any of those [summer targets] in, in January.”

Would you be keen to sign Upamecano in January?

Yes, if he is available

No, we can wait until next summer 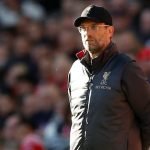 There are rumours that Upamecano has a release clause of just £36.5m, which is nearly £20m below his Transfermarkt value of £54m.

This suggests that whoever signs the Frenchman would be getting a bargain for a player considered one of Europe’s rising stars.

Considering this release clause only becomes active next summer, we would not be surprised to see the Reds wait until then to make their move for Upamecano, unless, as Hughes states, they could get him in January.

However, we think that with Liverpool missing Gomez and Van Dijk, they are short of options at centre-back, and given Upamecano’s reputation, he could provide an upgrade on what they already have and fill the gaps left by the injured duo.