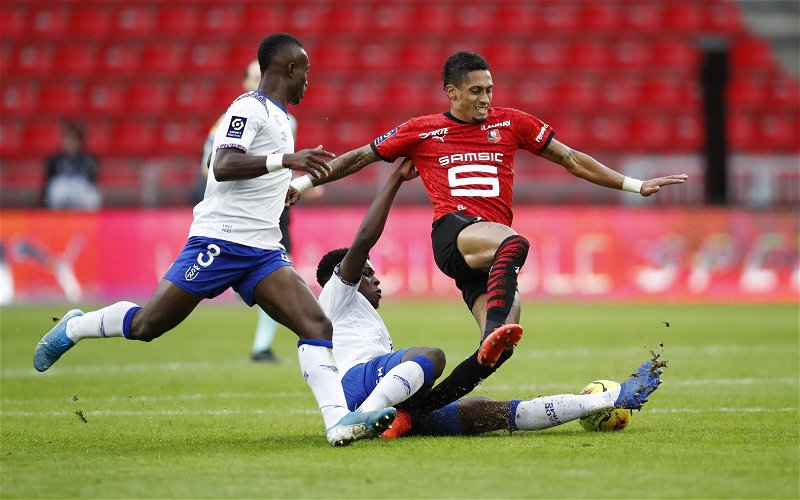 Speaking on the latest edition of the Inside Elland Road podcast Graham Smyth has provided an injury update on Raphinha ahead of the Whites’ Premier League clash with Crystal Palace.

Smyth and Joe Urquhart discussed all things relating to Leeds United during the episode, and one topic that came up was the fitness of Leeds’ new signing after he missed the 4-1 defeat to Leicester City on Monday night.

However, it looks like the 23-year-old won’t be out for long, and Smyth is hopeful he will be back for Saturday’s game. Smyth also thinks that the Whites will need him because of the way Roy Hodgson has his team set up.

He said: “Raphinha will hopefully be back very soon; Bielsa doesn’t believe it to be a serious ankle injury; he believes it’s a minor one.

“So, we will find out [today] when we speak to Bielsa what the latest is with him.

“Hopefully, he will be back against Palace, because I feel like Leeds are going to have to be absolutely at it offensively at Palace because under Roy Hodgson, Palace are very, very defensively sound.”

Do you hope Raphinha is back?

No, not bothered about him

TIF Thoughts on Raphinha and Smyth’s view on him…

Since joining from Rennes for £16.72m in the last transfer window, the Brazilian has made two substitute appearances in the league for the Whites and earned a pretty poor 6.13/10 rating in those games (as per WhoScored).

However, last season in Ligue 1, in 22 appearances, he earned a solid 7.13 rating as he scored five goals and provided three assists, so that may suggest that he could do better for Leeds if he can get regular game time.

It seems as if Smyth expects the 23-year-old to be available for the match on Saturday, and should that happen, it will be interesting to see if he can improve on his two previous performances.