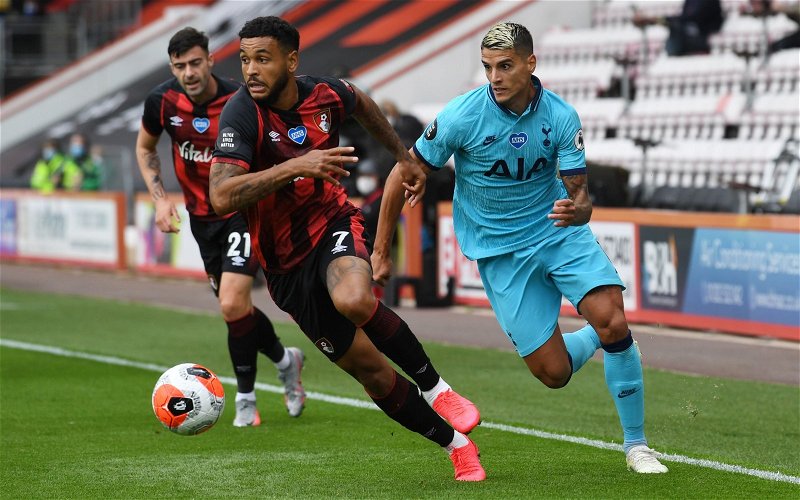 Since moving to Bournemouth from Blackburn Rovers on a free transfer back in 2015, King has gone on to feature 175 times for the club, scoring 50 goals and providing 17 assists along the way.

So far this season, the £11.7 million-rated 28-year-old has made five Championship appearances for Bournemouth, scoring no goals and providing no assists, averaging a disappointing WhoScored match rating of 6.22 – ranking him as the club’s fourth-worst performer in the league.

However, despite his poor form this term, ExWHUemployee, speaking on a recent episode of The West Ham Way Podcast, claimed the Norway international is Moyes’ ‘main man’ ahead of the upcoming January transfer window.

He said: “David Moyes has stressed that the position that he does want to strengthen in is the forward position. Joshua King, obviously massively linked in the last window, is the main man for him because he’s out of contract in the summer, so it’s felt that they could get him at a real decent fee.

“A Norwegian international, he can also play on the left, he’s quite versatile, he works hard. [He’s] not got the greatest goals-to-game ratio for Bournemouth, but I think it’s about one in three, which isn’t too bad. So, he’s still a target.”

Do you think King would be a good signing for West Ham?

From ExWHUemployee’s comments, it would appear that West Ham are indeed interested in making a move for King this January, and the club feel that they could land the forward for a decent price, as his contract expires at Bournemouth next summer.

And, while King has not been in the best of form this season, the 28-year-old has proven his ability at Premier League level in the past, scoring 48 goals and providing 15 assists over his 161 games played in the top flight.

As such, if West Ham can get King on a cut-price deal from the Cherries, in our opinion, he would be a fairly handy addition to the depth of Hammers’ attack.