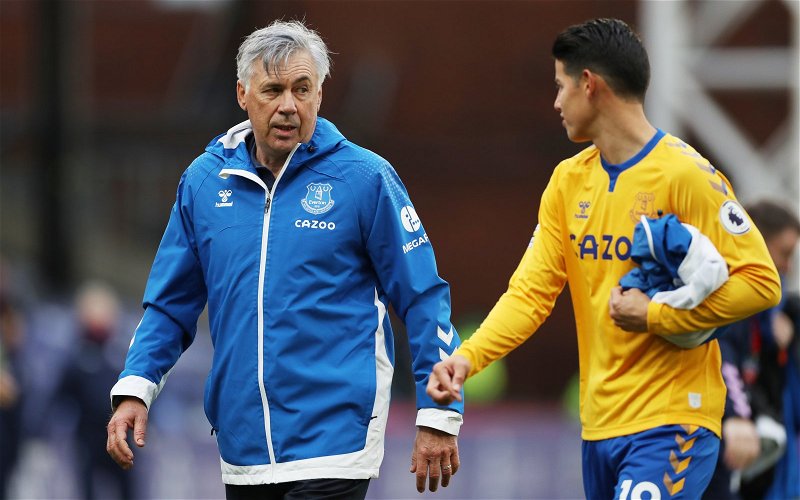 Everton journalist Greg O’Keeffe has been sharing his thoughts on what the Merseyside club could look to do during the upcoming January transfer window.

This comes after O’Keeffe recently made an appearance on The Athletic’s Ornstein & Chapman Podcast where he spoke about the latest goings-on with Carlo Ancelotti’s side.

On the topic of Everton’s current attacking options in their squad and the upcoming January transfer window, O’Keeffe had this to say on the matter.

He said: “I think when he [Ancelotti] looks at his options there, despite having quite a few, he hasn’t got faith in them and so that’s probably an area where he’ll look at in January to get a bit more attacking depth, whether it’s a more experienced striker or someone who can play in those roles either side of Dominic Calvert-Lewin.”

Looking back to the previous summer transfer window, Everton spent a total figure of £67.38 million on bringing in players such as Ben Godfrey, Allan, Abdoulaye Doucoure and Niels Nkounkou. The Merseyside club also managed to sign James Rodriguez on a free transfer and Robin Olsen on a loan deal (per Transfermarkt).

Everton had a fantastic start to their 2020/21 Premier League season after winning their opening four league games. However, their previous three games saw them draw against Liverpool and then lose to Southampton and Newcastle.

Do you think Everton will sign any players in January?

Even though Everton spent a decent amount of money in the summer to bring some new players in, they may need to spend again in January if they continue getting poor results in the league.

However, Ancelotti still has time to work with his current squad to help them get back on track and then weigh up his options for January as O’Keeffe said in the podcast.