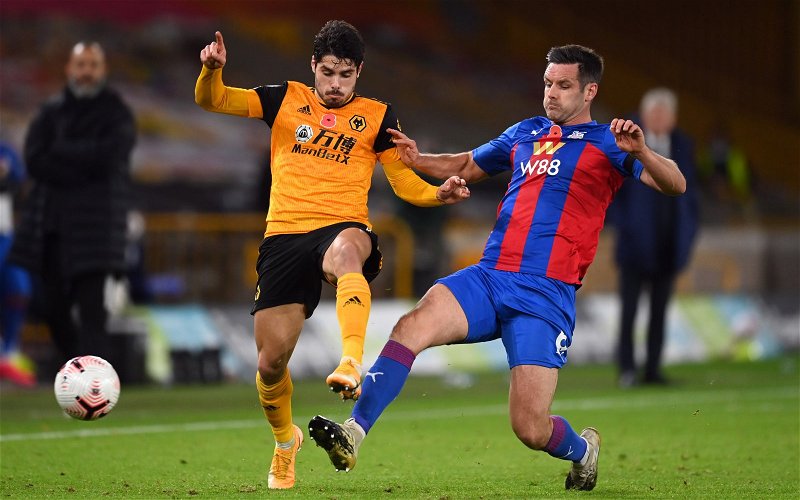 Speaking on a recent episode of the HLTCO podcast, Dan Cook commented on the reports which claim that Scott Dann could be on his way out of Crystal Palace in the near future.

Since arriving at Palace from Blackburn Rovers in what was a £1.64 million deal back in 2014, Dann has gone on to feature 169 times for the club, chipping in with 15 goals and providing seven assists along the way.

So far this season, the £2.52 million-rated 33-year-old has featured three times for Roy Hodgson’s side in the Premier League, over which he has averaged 0.7 tackles, 0.7 interceptions and five clearances per game, culminating in a WhoScored match rating of 6.86 – ranking him as the club’s fifth-best player in the league.

However, recent reports by The Sun (via Read Crystal Palace) have claimed that several ‘unnamed Premier League clubs’ have been monitoring Dann ahead of the January transfer window, with the knowledge that his contract is set to expire at Palace next summer.

Dann’s potential exit from the club was one topic of conversation on a recent episode of the HLTCO podcast, in which Cook stated his belief that the defender will not be leaving the club any time soon.

He said: “Another player that is being linked with a move away in the January window is Scott Dann. He’s 33 now and has obviously been a key part of our squad for a number of years. He’s playing regularly in Roy Hodgson’s setup this season, and to be honest, he hasn’t done a great deal wrong.

“We’re seeing links over the last 24 hours suggesting that there are Premier League clubs that are ready to take a punt on him and allow him to become part of their back four, but I think if he is settled and if he is happy, Roy Hodgson isn’t likely to want to let him leave. He’s getting regular minutes this season anyway, so it may well be a bit of a storm in a teacup, that story. I think it’s probably a case of a journalist putting two and two together and getting five.

“As things stand right now, I think if the transfer window were to open tomorrow, Scott Dann wouldn’t exactly be pushing for a move away from the football club in the immediate future.”

Do you think Palace should sell Dann in January?

From Cook’s comments, it would appear clear that the podcaster is far from convinced about the reports suggesting that Dann could be leaving the club in the near future, as the defender is getting regular minutes in the Crystal Palace first team at present.

As such, if Cook is to be believed, it would appear that Dann will remain a Crystal Palace player until the end of the season, at the very least.