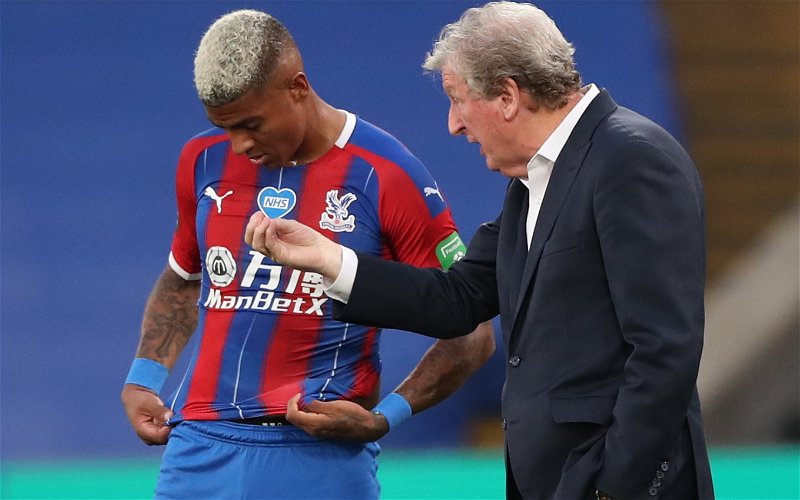 Crystal Palace podcaster Dan Cook has been sharing his thoughts on Palace full-back Patrick van Aanholt and his future at the south London club.

This comes after Cook recently hosted the latest episode of the HLTCO podcast where he spoke about a variety of talking points concerning Roy Hodgson’s side.

On the topic of Van Aanholt and a potential new contract for the defender, Cook had this to say on the matter. (3.15)

“He’s not on an insignificant amount of money from week to week and I look at Tyrick Mitchell, I look at what we’ve got there in terms of his defensive capabilities, and I feel as though Patrick van Aanholt isn’t someone that necessarily fits the bill in a Roy Hodgson team as a defender.

“No doubt he can score goals, no doubt he’s a creative force who links up well with the likes of Wilfried Zaha going forward, but he seems far more comfortable to me in the final third, rather than the defensive third. I struggle with the idea of giving him another three or four-year deal on sizeable money and ending up being frustrated from week to week by him losing his man at set-pieces and him jogging back on the defensive side of things when teams are trying to hit us on the break.”

Palace signed Van Aanholt back in the 2017 January transfer window from Sunderland for a fee of £9.45 million. Since then, the defender, who is currently valued at £7.2 million, has made 113 appearances for Palace in which he has managed to score 14 goals and provide five assists along the way (per Transfermarkt).

So far this season, Van Aanholt has only made two Premier League appearances for Palace in which his performances have earned him a poor season rating of 6.1/10 (per WhoScored).

According to WhoScored, Van Aanholt’s weaknesses include his ability to win aerial duels and his tackling ability. Taking this into account, it’s no wonder that Cook thinks the 30-year-old can sometimes be a weak link defensively.

With Van Aanholt’s current contract at Palace set to run out at the end of June 2021, it will be interesting to see if the club decides to offer the Dutchman a new deal.

In our view, Van Aanholt might need to work on the defensive side of his game if he wants to earn himself a new contract at Palace.