Aston Villa: Danny Raza on what he’d like to see from Trezeguet | thisisfutbol.com

Aston Villa: Danny Raza on what he’d like to see from Trezeguet

Danny Raza joined Cole Pettem on the Holtecast to discuss Aston Villa’s defeat against Brighton and Hove Albion at the weekend.

Dean Smith’s side suffered a disappointing defeat in what was the Seagulls’ first-ever win at Villa Park despite Ezri Konsa levelling the score on 47 minutes after Danny Welbeck had fired the visitors in front. Solly March’s winner condemned the hosts to their third Premier League defeat of the season on what proved to be a miserable afternoon for the Birmingham-based club (as per BBC Sport).

When discussing the match, Raza singled out Trezeguet for praise after the Egyptian turned in a solid display, earning himself a performance rating of 6.85/10 (via WhoScored). Here is what he said with regards to the 26-year-old.

(7:53) “Trezeguet is a heck of a player. He’s so talented, but I really wish he could finish. I mean he can, there’s just times when he doesn’t, what I saw from Trezeguet was a very, very confident player.

Do you think Trezeguet should get more goals? 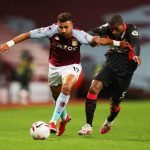 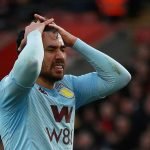 So far this season, the former Anderlecht man has made eight appearances in the Premier League and to date, his average performance rating has been an impressive 7.27/10 (as per WhoScored). However, he is yet to contribute a goal and so you can perhaps understand why Raza has raised the player’s ability to finish.

Despite that, in our view, he’s been a key player for an Aston Villa side that have performed really well so far this season who currently boast an impressive league position of seventh, despite playing a game less than most of the teams around them.