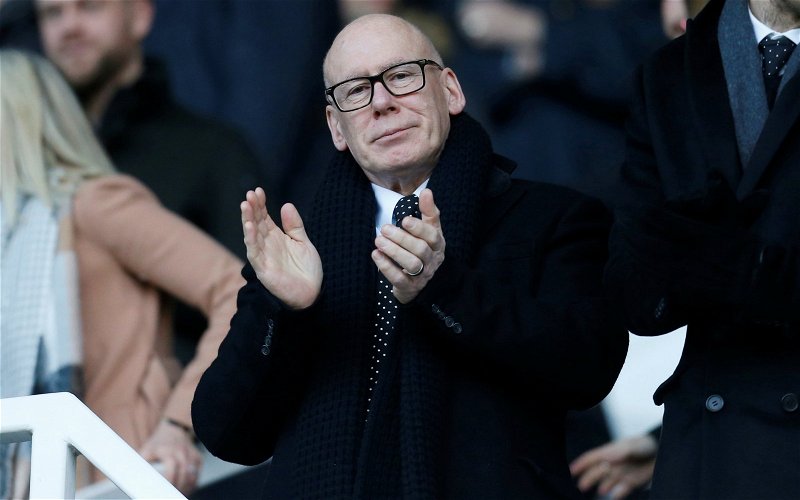 Derby County journalist Ryan Conway has been sharing his thoughts on Mel Morris and his time as the club’s director.

This comes after Conway recently made an appearance on The Athletic’s Ornstein & Chapman Podcast where he spoke about a number of different topics concerning the Championship club.

On the topic of Morris and his tenure at the club, Conway had this to say on the matter.

He said: “He’s done some good things in terms of what he’s put into the academy and that is starting to bear fruit that we’re seeing on the pitch but, there will certainly be some disappointment had that he really wanted to be the guy to get them to the Premier League.

“He’s a local lad, brought up in Littleover which is just down the street. He’s a Derby fan, he really wanted to get the club back into the Premier League and I think [he] was too aggressive in that approach early in his tenure when they spent around £30 million I think in his first full year that he took ownership, wanting to get into the Premier League and it just hasn’t worked out.

“The play-off final defeat last year was upsetting, they weren’t really heartbroken about it, but again, to have come so close once more and fall at the last hurdle was upsetting and I think this sort of compounds that misery that they were that close two years ago and now they seem further away than ever before.”

Morris, who was appointed as Derby’s director back in May 2014 after previously being a part of the board at the club during their 2006/07 season (per BBC Sport).

Would you say Mel Morris has been a success at Derby?

Earlier this month, it was reported that the EFL had approved a takeover deal from Sheikh Khaled, the cousin of Manchester City owner Sheikh Mansour, to take ownership of the club.

As Conway mentioned in the podcast, if Derby were able to beat Aston Villa in the 2019 play-off final, Morris would have been over the moon to have taken the club to the Premier League, with their last season in the top-flight coming in the 2007/08 campaign.

This just goes to show how much he loves the club and wants to see them succeed.

With this proposed takeover set to go ahead in the near future, perhaps Morris should be commended for allowing the club to be taken into new ownership by having the best interests of the club at the forefront of the decision to relinquish control of Derby County.