It has been reported that Wigan’s administrators have made it clear that the bidder, who happens to be Jose Miguel Garrido Cristo, has chosen to remain anonymous till the time the process of the takeover gets completed (as per Wigan Today).

Maguire provided further details about this potential new owner and said that a deal has already gone through.

He said: “Yes, so we’re aware that a deal has gone through. The administrators have been reluctant to name the new owner, but a company called AFC Wigan has been formed. Doing a bit of ferreting around, I did find in one of the business newspapers that the new owner is in fact a guy called Jose Cristo, he’s Spanish.

Do you think Wigan's takeover will go through? 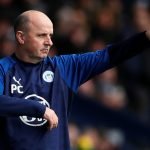 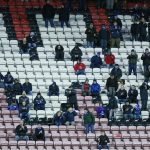 “I think the most interesting thing about him is that he is the nephew of a circus performer – or a lion tamer, in fact. That adds to the skill set of people in the EFL. Doing a bit more digging in about him, he has previously owned two Spanish clubs – Albacete and Castellon, who were third division clubs in Spain. He probably brought them for a wee bit less, but not that much less than I suspect he’s paid for Wigan. He’s not yet passed the owners’ and directors’ test, but we’re awaiting the results of that.”

Cristo has the experience of owning football clubs in the past and that might bode well for the Latics, whenever the Spaniard completes the takeover. Perhaps, it is best for fans to remain patient about this situation as the takeover isn’t officially complete yet.