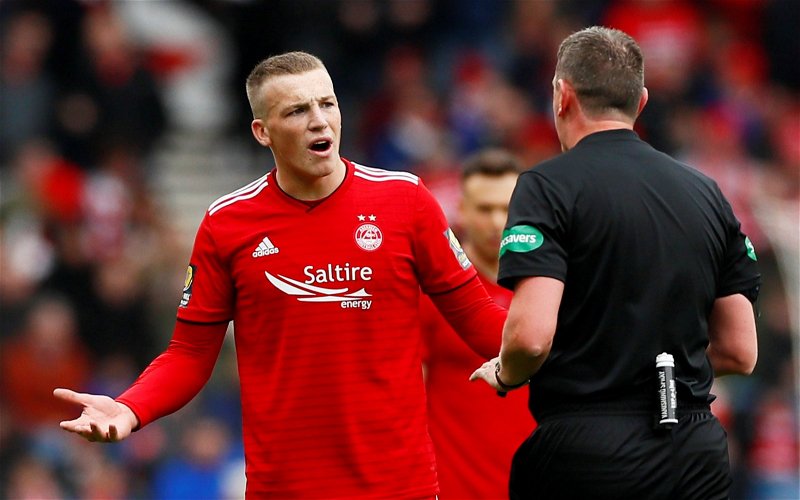 Dykes was hosting the latest episode of the ‘A Celtic State of Mind’ podcast and he spoke about multiple issues involving the Parkhead-based club. He also talked about Aberdeen’s Ferguson and he believes that the midfielder is someone that Celtic should be looking to sign in the January transfer window.

Ferguson was in action for Aberdeen against the Bhoys on Sunday and he also scored two goals at Pittodrie to help his team pick up a point from a 3-3 draw. Lewis’ uncle happens to be Barry Ferguson, who used to ply his trade with Rangers during his playing career. 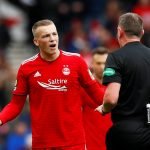 Dykes believes that if some of Celtic’s midfielders leave, a move for Ferguson might just be forced on to the Hoops.

He said: “Looking at Lewis Ferguson at the weekend, I still think he’s somebody we should look at in January as well. Particularly if any of the midfield players move on – and there may be moves in and out in January. It might be forced on us, you just don’t know what the situation is going to be with injury and illness at that point as well.”

Olivier Ntcham was linked with a move away from Celtic in the summer transfer window. While Premier League clubs were reportedly interested in him, Porto and Lyon also drew links with the Frenchman.

Ferguson has impressed for Aberdeen in the current campaign. He has made 14 appearances in all competitions for the club and has scored nine goals while picking up one assist. In the Premiership, he has found the net eight times in 11 outings (as per Transfermarkt). He is currently valued at £1.35m.

He has been the highest performing player for the club this season. Because of that, it is understandable why Dykes wants Celtic to go after the 21-year-old in January and if Ntcham does end up leaving, signing the Scotsman might make sense for the Bhoys.