Dykes was hosting the latest episode of the ‘A Celtic State of Mind’ podcast and the panel talked about multiple issues involving the Bhoys. Dykes talked about Roberts and the fact that he wanted Celtic to re-sign the Englishman in the summer transfer window.

Roberts has joined Middlesbrough on loan from Man City for the second consecutive time, as he had spent the second half of the 2019/20 season there too. Roberts has had two loan spells at Parkhead in the past (as per Transfermarkt). He is currently valued at £2.52m.

Do you want Celtic to go after Roberts next summer? 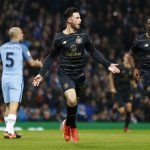 Dykes made it clear that he wanted Celtic to bring Roberts back to Parkhead in the summer transfer window but that door is now closed.

He said: “We’ve seen today I think it was, that Paddy Roberts is away to Middlesbrough, so we can close the door on that. Everybody else closed the door on that about a year ago. I wanted to see Paddy back at Celtic Park, isn’t going to happen.”

During his time at Parkhead, Roberts had made 78 appearances in total for the Hoops. He had scored 18 goals and had picked up 26 assists for the Bhoys over the two loan spells at Celtic Park (as per Transfermarkt).

Numbers-wise, his time at Celtic was the best spell of his whole career and it shows how the club brought the best out of the Englishman. In the second half of the 2019/20 campaign at Middlesbrough, he had contributed to four goals in ten Championship appearances and it is a reflection of how he might just be getting back to his best.

Celtic fans can only hope that he does well at Middlesbrough and the Hoops might then look at the possibility of signing him next summer.