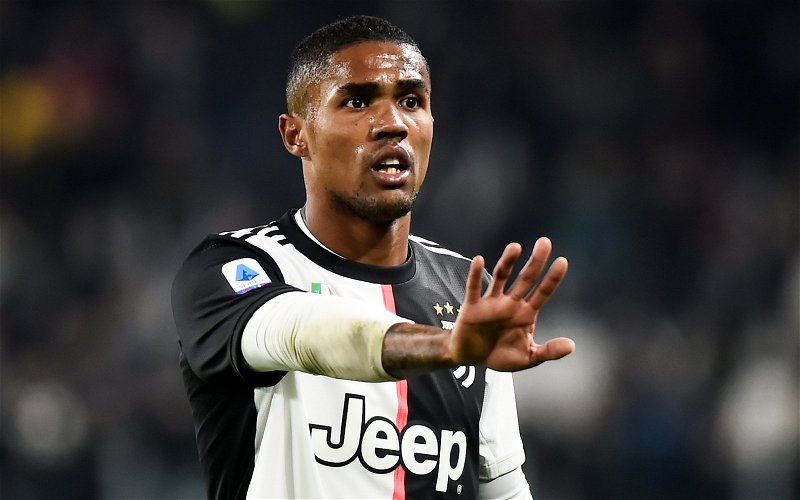 Since joining Juventus from Bayern Munich in what was a £36 million deal back in 2018, Douglas Costa has so far gone on to feature 103 times for the club, scoring 10 goals and providing 21 assists along the way.

However, last season, the £18 million-rated 30-year-old spent a great deal of time on the sidelines, with the winger missing 13 Serie A fixtures, as well as all but one of their eight Champions League matches, because of a number of injuries.

It was reported earlier this year that I Bianconeri were willing to sell the Brazil international over the summer transfer window, with Manchester City and Paris Saint-Germain thought to be two of the clubs interested in the 30-year-old.

However, neither of these clubs appear to have made any strong moves for the winger, and, more recently, Wolves have been touted as a potential destination for Douglas Costa.

This was one topic of conversation on a recent video posted on YouTube by Oddschecker, with Romano stating that the winger would not be interested in a potential move to Wolves.

He said: “Wolverhampton are not looking [for] this kind of [player], they look [for] young talents and [these] kind of players.

“Douglas Costa is a different player, he’s in the final part of his career, he has [had] many, many injuries and this is a big problem because he’s losing many games every year because of [his] injuries – that’s why Juventus are [considering selling] him.

“He’s a fantastic player, [a] skilful player, [a] good winger, but many times he’s [injured] and that’s why Juventus are ready to sell him.

Would you have liked to see Douglas Costa make the move to Wolves?

From Romano’s comments, it would appear that the journalist of the belief that, firstly, Wolves are not interested in Douglas Costa, as he is not, in Romano’s opinion, the type of player the club tend to go for in the transfer market.

Secondly, if the club were indeed interested in him, the player would not be likely to consider the move.

As such, it appears that this is a deal that has very little chance of going ahead over what remains of the transfer window.