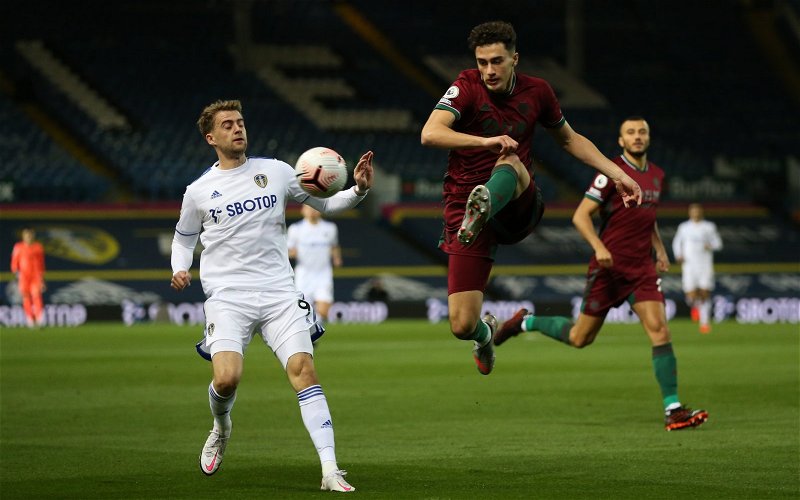 Arlo White has been speaking on the latest edition of the BBC’s The Football Daily podcast, and he has been talking about Wolverhampton Wanderers.

White was BBC Radio 5 Live’s commentator for Leeds United’s 1-0 defeat to Wolves, and after the game, he joined the podcast and talked about the match, and he had high praise for Max Kilman.

The 23-year-old played just his sixth game for Wolves in the Premier League and turned in a solid performance that saw him earn a 7.75 rating from WhoScored and an 8/10 from the Express & Star for his display in helping Wolves keep a clean sheet at Elland Road.

This led to White praising the Wolves man and it seems as if White was impressed by Kilman’s display both on and off the ball.

He said: “It’s not ideal to have to play Romain Saiss out on the left, but he is more adept and suited to that than Kilman is.

“But, he [Kilman] was excellent, not only defensively, he was calm on the ball when required as well, a couple of tight little areas he turned away from trouble [and] found a teammate.

Do you think Kilman was the Man of the Match?

This was Kilman’s second Premier League start of the season, and in both of those games, Wolves have kept a clean sheet and won 1-0.

His average rating for his Premier League displays so far this season is 7.40, which is rather impressive and puts him in first place in Wolves’ squad, so it will be intriguing to see if he can keep that form up or if he remains in the Wolves starting XI.

However, it is clear that White was impressed by what he saw from Kilman in the win over Leeds.