On the latest episode of the View from the Lane podcast for The Athletic, Jack Pitt-Brooke, James Maw and Charlie Eccleshare have been discussing the latest goings-on at Tottenham Hotspur and reflecting on the Lilywhites’ 1-0 win against Burnley on Monday evening.

One topic of conversation on the recent episode, which was titled: ‘Cloning Harry Kane and Burnley Reaction‘, was Spurs defender Davinson Sanchez. The Colombian was dropped from Jose Mourinho’s squad for the game at Turf Moor, with Eric Dier starting alongside Toby Alderweireld at centre-back, whilst recent signing Joe Rodon was handed a spot on the bench in Sanchez’s absence (per BBC Sport).

The 24-year-old has been a regular so far this season, having made eight appearances in all competitions, including four in the Premier League, but he was dropped by the Portuguese manager, perhaps due to his own goal that played a big part in West Ham coming back from 3-0 down to draw 3-3 in the recent London derby (per BBC Sport).

Here’s what Eccleshare had to say about the former Ajax man during the podcast:

“We’ve spoken about the fact that Sanchez almost has to play because of the pace he has against 90% of Spurs’ Premier League opponents who will cause a lot of problems. But obviously, Burnley don’t have that searing pace.

“What they have are two guys in [Chris] Wood and [Ashley] Barnes who are really strong, really physical in the air, but I thought Alderweireld and Dier – they looked like they relished that challenge, and it allowed Mourinho to play those two and not play Sanchez at a time where Sanchez’s confidence, is maybe not what it has been and he’s having a bit of a rough patch.”

As Eccleshare mentions, perhaps Sanchez dropping out of Mourinho’s squad to face Burnley was due to the aerial threat of Wood and Barnes, which he believes Dier and Alderweireld may have been better equipped to deal with, however, he also feels that the defender’s confidence may be a slight issue at the moment.

Do you think Sanchez is struggling for confidence at the moment? 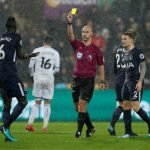 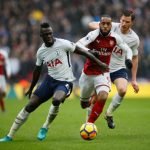 It will be interesting to see if the Colombian international is restored to the Spurs starting lineup to face Royal Antwerp in the Europa League on Thursday evening.