Southampton: Adrian Clarke on Theo Walcott’s move to the Saints

Clarke joined Mike Calvin and Richard Amofa for the latest instalment of the show and the 31-year-old winger was discussed at length having left Everton to return to the Saints on a season-long loan deal. Walcott left St. Mary’s back in January 2006 when he signed for Arsenal in a deal worth £9.45m (as per Transfermarkt).

During his time in north London, the forward made 398 appearances, scoring 108 goals and providing his teammates with 78 assists. In January 2018, Walcott joined the Toffees from Arsenal for a fee of £20.25m but having fallen down the pecking order at Goodison Park, the player rejoined the club with whom he broke through.

When discussing the move and what he may bring to Ralph Hasenhuttl’s side, here is what the pundit has to say:

“I think Theo probably did need that fresh start he’s fallen down the pecking order and, really if you think about Theo’s best position, the right side of attack, that’s where James [Rodriguez] is at the moment and you don’t see him being left out too often given his form do you? So it’s probably the right move for him and he’s comfortable in the surroundings. I think he will suit their style, I really do, will he play up top or will he play out wide? I guess it gives Hasenhuttl options.

“So if Theo hits the ground running alongside [Danny] Ings, who has been fantastic, they can cause one or two problems there. But yeah, for Theo, it had to happen otherwise this would have been a completely wasted season and when you get to his age, you just can’t sit on the bench for a whole year. You can’t have that, so I’m glad for him that they got things sorted.”

Will Walcott be a success at Southampton this season? 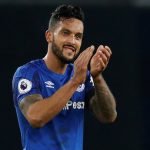 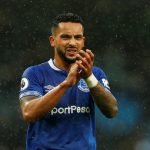 The £9m-rated forward, in Clarke’s view, will give his new boss options and having already scored 75 Premier League goals in his career, it could be argued he will add an additional goal threat to the side – while it will also be interesting to see if he and Danny Ings can flourish in the same side.

Prior to leaving the club, he had already registered five goals for the Saints and in our view, he will no doubt be looking to improve on that total between now and the end of the season.