Newcastle United: Waugh reveals that Gayle was nearly not included in the club’s PL squad 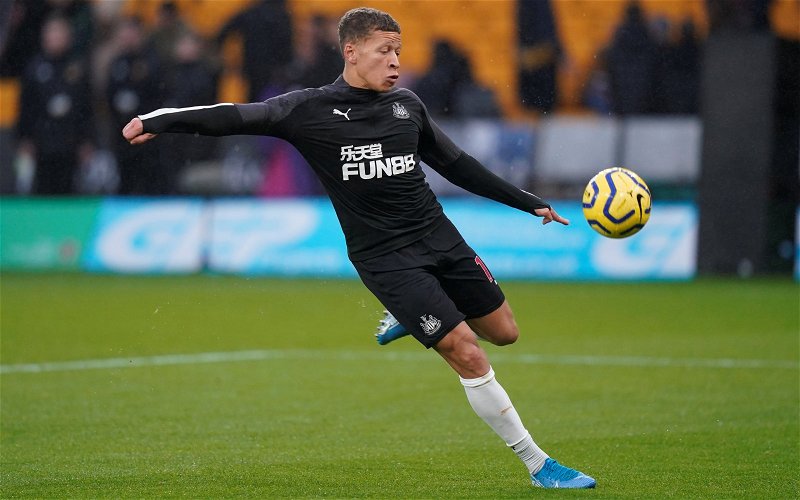 Chris Waugh has been speaking on the latest edition of The Athletic’s Pod On The Tyne, and he has been talking about all things Newcastle United.

One of the topics that he spent some time on was the Toon’s Premier League squad that was submitted to the league on Tuesday, and while he was talking about this, he revealed that Dwight Gayle was nearly not included in the side.

The 30-year-old is currently out after he picked up an injury in August, and according to Waugh, there was a discussion over whether or not he should be included in the Premier League squad for the first half of the season.

It seems as if, according to Waugh, Newcastle were not sure about including Gayle because of his injury, but, in the end, they decided to because the former Crystal Palace man should be back in early December.

He said: “One of the main talking points and one of the main debating issues that I know was spoken about behind the scenes was whether Dwight Gayle should be included in the squad.

“Last season when Paul Dummett was injured and when Jetro Willems got injured, they were taken out of the squad for the second half of the season.

“Gayle, touch and go whether he will definitely be back this year, but there is a bit of a more positive prognosis over the last few weeks, and I think he may be back in early December, so he has made the squad.”

Do you think this was the right decision?

Yes, he could be useful

No, pointless if he is injured

Gayle played well for the Toon in the restart during the 2019/20 season as he scored four league goals in eight games and also provided an assist.

Gayle was expected to be an important part of Steve Bruce’s plans this season only for him to suffer this injury that, if Waugh is right, will keep him out until December.

So, that leaves Newcastle with Callum Wilson, Andy Carroll, and Joelinton as first-team forward options, though Joelinton has played as a striker only once in the league this season and has found himself in other positions.

It is intriguing that the Toon considered leaving Gayle out of their Premier League squad, but, in the end, they decided to include him.