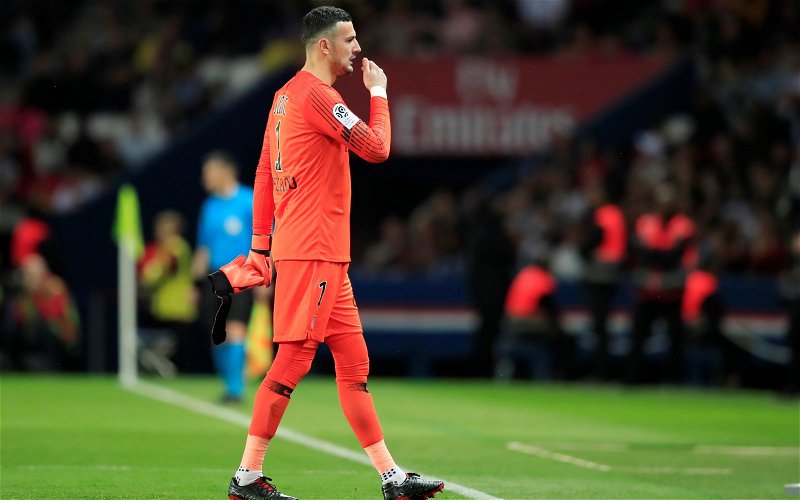 Liverpool journalist Matt Addison has been talking about a potential transfer move from the Reds for goalkeeper Danijel Subasic.

This comes after the journalist recently made an appearance on the Liverpool Echo’s Blood Red Podcast where he spoke about a variety of topics concerning the Merseyside club.

After Paul Robinson recently told Football Insider that Subasic would be an ‘outstanding’ signing for Liverpool in his opinion, Addison had this to say on the matter.

He said: “I think Liverpool will stick with Adrian, obviously Subasic is on the market, he left Monaco I think over the summer, so his contract ran down there. I’m surprised as Paul Robinson says, actually, that nobody has picked him up, but I would be very surprised if Liverpool went for him.

“I just don’t see this happening, to be honest. It’s one of those that potentially, it makes sense on paper perhaps, but for Jurgen Klopp to actually go out and do that and essentially end Adrian’s Liverpool career at this stage I think is quite unlikely. We’ll see what happens, but I would be very surprised if Liverpool signed Subasic – or any other goalkeeper, to be honest – over the next couple of weeks.”

As Addison mentioned in the podcast, Subasic is currently a free agent after leaving AS Monaco earlier this year. The 35-year-old signed to the French club back in the 2012 January transfer window and went on to make a total of 292 appearances for the club across all competitions.

In those appearances, the shot-stopper conceded 295 goals and managed to keep 111 clean sheets along the way (per Transfermarkt).

However, the shot-stopper only made one appearance for Monaco in Ligue 1 throughout the entirety of last season.

Should Liverpool sign Danijel Subasic on a free transfer?

Even though Subasic is available on a free transfer, Addison seems to think that Liverpool won’t make a move to bring the Croatian to Anfield anytime soon, despite Robinson’s suggestion.

Taking this into account, Liverpool will have to now continue their season with Adrian and Caoimhin Kelleher as their main goalkeepers with Alisson out injured for the time being.