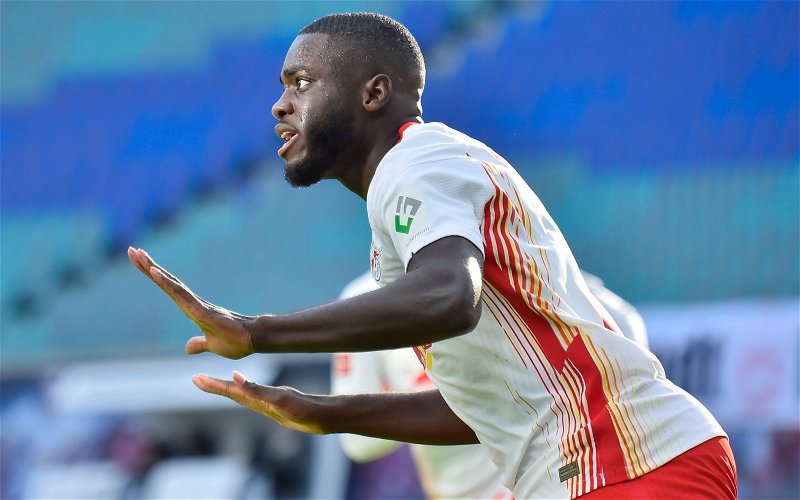 Ian McGarry has been speaking on a recent edition of The Transfer Window podcast about news regarding a few Premier League clubs.

One of the teams that McGarry spent a little bit of time on was Liverpool, and he shared that one of the Reds’ transfer targets, Dayot Upamecano, has a release clause in his contract.

Liverpool have potentially lost Virgil van Dijk for the season, and Fabinho – who has filled in as a centre-back on two occasions this season in the Premier League as well as twice in the Champions League – has also picked up an injury, leaving Liverpool with just Joe Gomez, Joel Matip and Sepp van den Berg as natural options for the centre-back spots.

So, the Reds might be forced to buy a centre-back in January, and McGarry confirmed that the 22-year-old Frenchman has a release clause.

According to McGarry, the Frenchman will be available for €40m (£36.04m) next summer but that the Reds do not want to try and sign him in the January transfer window because they think they will have to pay a huge fee for him.

He said: “It’s true, we have checked with the various people who know these things, and Dayot Upamecano does have a release clause of around €40m.

“It is able to be activated at any point during next summer’s window.

“The club are not keen to spend a lot of money in the January window; they do not see the value in doing so [because of the fee required] for a player like Upamecano.”

Do you think Liverpool should make a move for Upamecano in January?

Yes, he will solve their problems

No, wait until the summer

The 22-year-old is currently valued at £54m by Transfermarkt, so a fee of £36.04m is well under what his market value is, and considering he is so highly rated, you would think there could be a big fight for his signature next summer.

However, with Liverpool looking short of centre-back options, you could argue that the Reds should try and beat the competition by signing Upamecano in January.

However, if McGarry is to be believed, the club are not keen on making a move for the RB Leipzig man because the fee might be too high.

So, it will be interesting to see if by January the Reds have changed their mind and they do make a move for the Frenchman.