ESPN pundit Gabriele Marcotti has been discussing the injury to Virgil van Dijk following the Merseyside derby which took place on Saturday at Goodison Park during a video for the ESPN FC YouTube Channel.

The Dutchman was forced off after just 11 minutes following a challenge from the Everton goalkeeper Jordan Pickford and it has since been confirmed that the player sustained an ACL injury which will require surgery and he now faces a ‘lengthy lay-off’.

Despite the Reds taking the lead twice, the game ended in a 2-2 draw.

The champions thought they had won it in the dying stages of the match when Jordan Henderson’s effort found its way past Jordan Pickford but the goal was ruled out by the VAR after Sadio Mane was adjudged to have been in an offside position (as per BBC Sport).

Given Jurgen Klopp’s side had 58% of the possession, double the number of attempts at goal (22) and went in front twice (as per BBC Sport), they will no doubt, in our view, have come away from the game feeling disappointed.

However, it could be argued, the biggest blow they suffered on Saturday was the injury to Van Dijk.

When discussing how the Anfield-based club will cope without the 29-year-old, here is what Marcotti had to say:

“I wouldn’t despair, you have to figure [it] out, you’ve got to stay calm about this, I’m sure that it’s what [Jurgen] Klopp and [Michael] Edwards are doing right now.

“Best-case scenario, he is back for the Euros, which won’t help Liverpool this season. You’ve got Fabinho who can certainly fill in there between now and January, some rotation of Fabinho, Joe Gomez and [Joel] Matip.

“I think in January, you have to go out and bring in another body simply because this is a very, very compressed season.

“There is a ton of fixtures back-to-back like never before and to think you’re going to go the rest of the way with Gomez, Matip and Fabinho filling in occasionally, that’s just not going to work.”

Do you think Liverpool need to sign another centre-back in January? 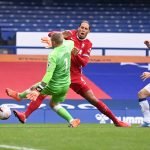 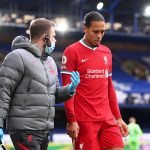 It’s clear from his comments that Marcotti believes Liverpool can get by without their star defender between now and the January transfer window but he suggests that beyond that, they may struggle if they don’t add to their centre-back options.

The Reds sold Dejan Lovren during the summer window to Zenit St Petersburg but didn’t bring anybody in to replace him, perhaps now, with the injury to Van Dijk, they may wish they had done so.