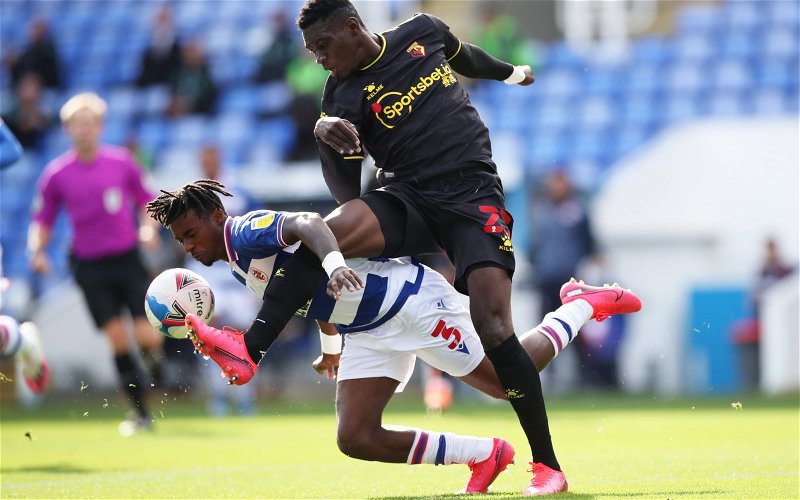 Speaking on a recent episode of the HLTCO podcast, Dan Cook discussed the reports that Crystal Palace are considering making a £30 million move for Watford winger Ismaila Sarr.

Since moving to Watford from Stade Rennais in what was a £27 million deal last summer, Sarr has gone on to feature 32 times for the club, scoring six goals and providing six assists along the way.

However, following the club’s relegation from the Premier League last season, interest has been high in the £22.05 million-rated 22-year-old, with Liverpool, Aston Villa, Crystal Palace and West Bromwich Albion all reported to be keen on the winger.

Despite this reported interest, however, Sarr is still currently a Watford player, and after being left out of the Hornets’ squad at the start of the season, the winger has now featured twice for the club in the Championship.

Although, it would appear that Palace have not given up on their pursuit of the Senegal international just yet, with a recent report by The Sun claiming that Roy Hodgson’s side are ready to make a club-record £30 million offer for the winger.

This was something Cook discussed on a recent episode of the HLTCO podcast, with the podcaster stating his belief that a move by the club could indeed happen.

He said: “Alan Nixon in The Sun – and it’s a publication I’m loath to give any credibility or light to, but it does tally with everything I’ve heard so far in this transfer window – he is reporting that there is a £30 million bid that Crystal Palace are weighing up putting in ahead of Friday’s deadline.

“It’s not something I’m taking from The Sun as gospel, but he’s adding weight to an opinion that I’ve already been given by different people throughout the course of this summer – that we are interested in Sarr and that it is a deal we may look to get done before the window closes.

“It would tally as well with the fact that, prior to him joining the Hornets, we were a club that were definitely interested in him.

“Crystal Palace have had tabs on Ismaila Sarr for quite some time, they will have watched his development in the Premier League, albeit in a team that got relegated, and no doubt they were impressed with what they saw. So, it all makes sense that we would be open to a deal that sees Ismaila Sarr come into Crystal Palace before Friday’s deadline.”

From Cook’s comments, it is clear that the podcaster is of the belief that Palace could well make a move for Sarr prior to the domestic-only transfer deadline, which is set for this Friday.

As such, Palace’s potential move for Sarr is something that we will be keeping a very close eye on over the coming days.