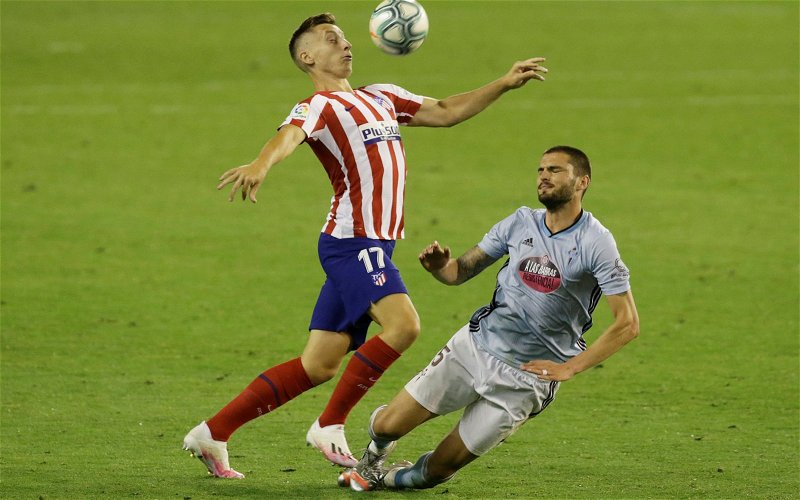 Fans of Celtic have been reacting to a post on Twitter, which relays a report that claims the club are interested in a move for Atletico Madrid striker, Ivan Saponjic.

According to a report by Spanish publication AS, both Celtic and Crysttal Palace are keen on a move for the £1.08 million-rated 23-year-old, however, the report goes on to state that the Serbian has not given up on his future with Atletico just yet, and is hoping for an opportunity to impress Diego Simeone in the coming weeks.

After the news of Celtic’s interest was relayed on Twitter by Celticbible, fans of the club flocked to have their say on the matter, with many suggesting that they would not like to see their club make a move for the forward.

No chance unless Edouard is leaving

Since joining Atletico from SL Benfica B in what was a £450k deal last summer, Saponjic has made just three appearances for the La Liga side, playing a total of four minutes over two appearances in the league, as well as 60 minutes over one appearance in the Copa del Rey, and has, as yet, failed to score a single goal for the club.

Because of this, it is not difficult to see why many Celtic fans feel that a move for Saponjic would not be a good idea for their club, with many more taking to Twitter to criticise any potential deal for the 23-year-old.

All in all, it would seem that these Celtic fans would rather their side avoid a move for the Serbian striker, and, from looking at how little he has featured for Atletico since joining them last year, we can’t say that we blame them.

Would you like to see Celtic make a move for Saponjic?