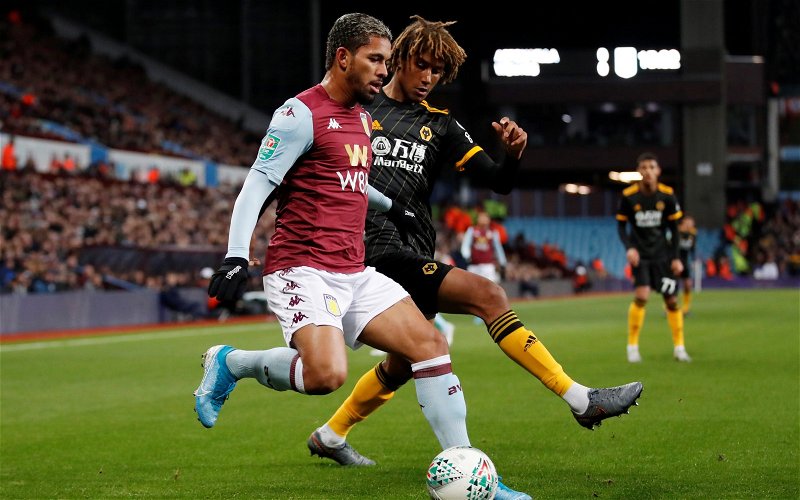 Following the announcement that Matt Doherty had been sold to Tottenham Hotspur last week (per BBC), Wolves have been left lacking experience on the right side of defence (per Transfermarkt).

The Old Gold now have 17-year-old Luke Matheson and 22-year-old Oskar Buur at their disposal, the former having made zero first-team appearances for Wolves and the latter with four.

However, Wolves also have Sanderson in their ranks who is capable of playing right-back, as he did so on 13 occasions during the 2019/20 season for Wolves and Cardiff City.

So, in the latest episode of the E&S Wolves Podcast, Edwards provided an update on the 20-year-old defender.

He said: “Sanderson’s an interesting one because there is a lot of loan interest in him. There are four clubs in the Championship that want him; [it’s] Sheffield Wednesday, Rotherham, Cardiff and Huddersfield that want him, but I think he’ll be training with the first team at the minute.

“He’ll be perhaps in and around the squad for those first few weeks of the season before the squad, hopefully, by then, will be in a stronger position and then it’ll be better to get him out on loan then.

“I think Buur would be the one who gets the nod [to start], but either way, we keep coming back to it, it’s a priority to get that right wing-back slot sorted.”

As can be seen in what the journalist had to say, he believes that Sanderson will be training with the first-team squad until Wolves sign a replacement right wing-back for Doherty.

Should a right wing-back be Wolves' priority in the transfer market now?

Yes, we really need one

No, it's not a priority

With just five first-team appearances for Wolves between Buur, Sanderson and Matheson, it certainly would appear that the Old Gold are desperately in need of reinforcements on the right side of the defence.

However, with Doherty having been Wolves’ fifth-best performer in the Premier League during the most recent season (per WhoScored), it seems likely that he will take some replacing.